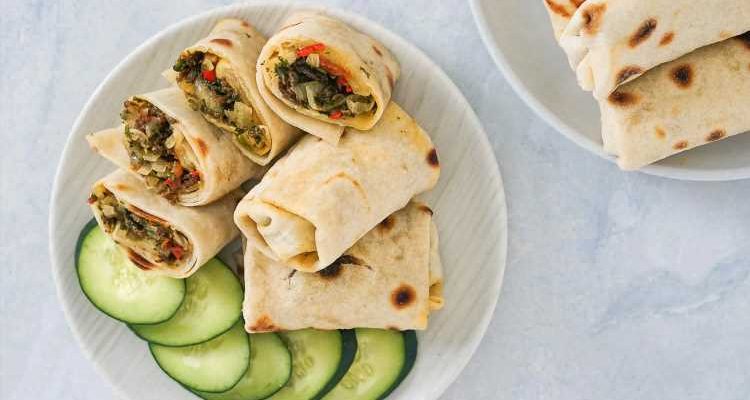 Made from a few components, yet full of complex flavor, the burritos commonly found in Northern Mexico stand in stark contrast to the overstuffed version north of the border. They’re significantly smaller, for starters, with two or three required to make a meal for one person. They also usually feature a much more pared down assortment of fillings, such as freshly mashed beans with cheese, or the machaca guisada (braised dried beef with onions and tomato) featured here. Some fresh, crunchy cucumbers and a squeeze of lime round the meal out.

Because so few ingredients are required, they need to be of the highest quality. Most critically, the eight-inch flour tortillas really should be freshly made, either by a local tortilleria or at home with a recipe like this one, which is rich with lard and milk.

This recipe makes six small burritos, which can work as a snack for a larger group or a meal for just two or three people, but it can easily be scaled up by doubling the braised machaca recipe and using the full batch of flour tortillas in the linked recipe.

These burritos can also easily be turned into pan-fried burritos, called chivichangas in Sonora, Mexico. Just add two tablespoons of vegetable oil to a small skillet over medium-high heat, add the prepared burritos to the hot oil, and fry, turning once, until just-crispy and golden on both sides.

The burritos are best made right before serving.