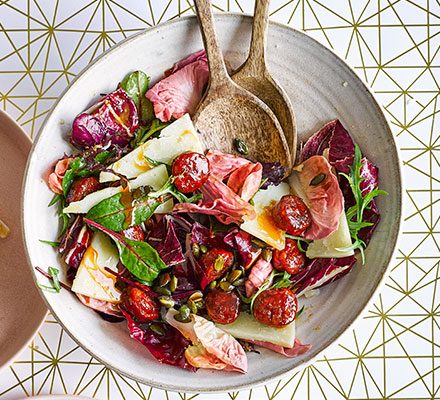 Honey is made by bees from the nectar they collect from flowers. Viscous and fragrant, it’s…

An Italian relative of chicory, radicchio is a forced crop and has distinctive red and white…

Manchego is a popular, rich, creamy sheep’s milk cheese that comes from the La Mancha region…