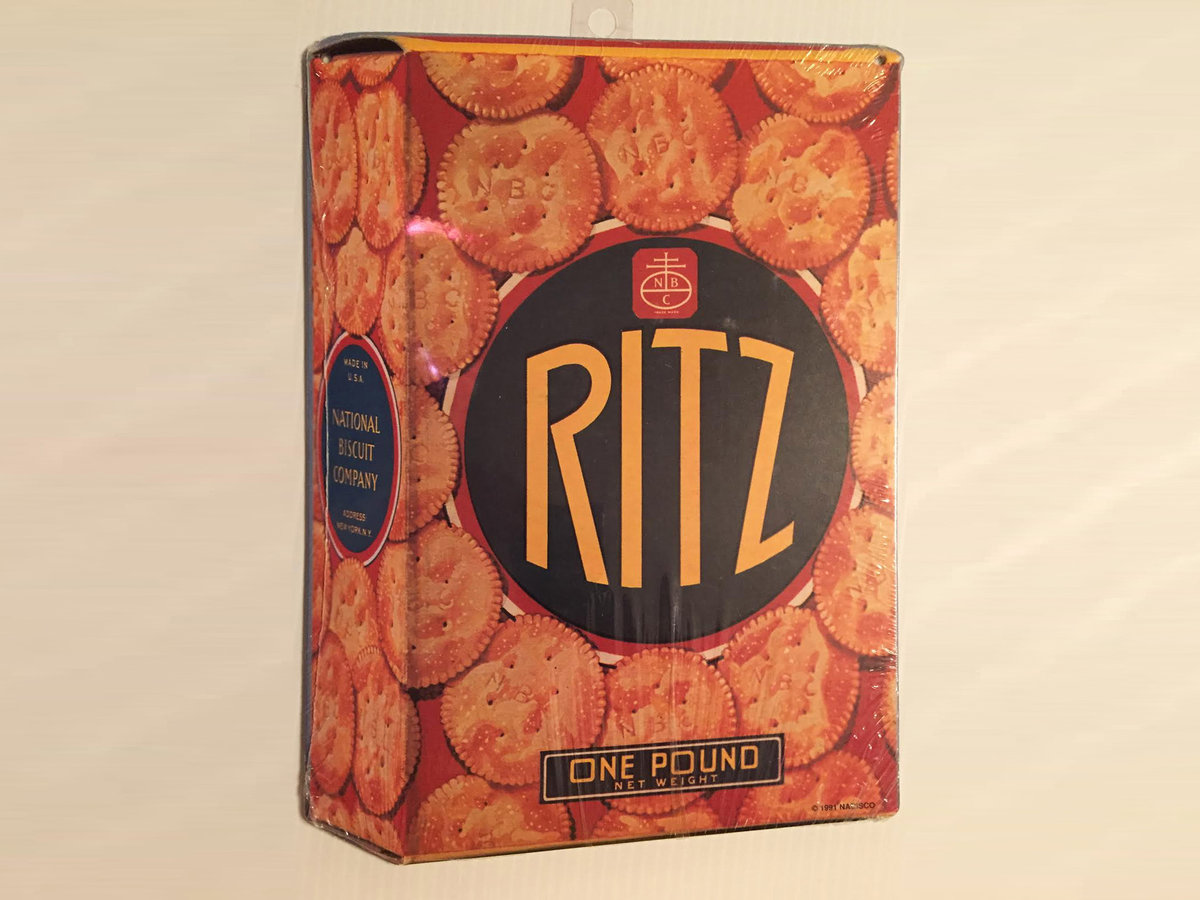 We all remember genealogy week in elementary school. As if talking about family weren’t awkward enough, there always seemed to be a hotshot related to a famous celebrity, inventor, or worse—Constitution signer. I grew up loving art. My mother used to let us skip school to see special exhibits at the Museum of Fine Arts in Boston. There was, I realize now, an important artist in our lineage, but I didn’t see that at the time. As far as I could tell, my family tree’s most notable branch grew from the snack aisle at the grocery story.

It took me years to fully appreciate that my great, great uncle’s Nabisco box designs literally made us the Ritziest family of all. His name was Sydney S. Stern, and he turned personal tragedy into the most prolific commercial art career you’ve never heard of.

Stern was the brother of my great grandfather Alfred. They were two of six siblings, the children of Hungarian immigrants living in a tenement in lower Manhattan. All the siblings went on to be successful in their chosen fields, but Stern quickly distinguished himself through his love of drawing.

He began his career as an independent commercial artist, but in 1928 his wife died from childbirth complications, leaving him alone with an infant, a kindergartener and a fourth grader. My grandmother’s cousin Donald Stern recalls that his dad made three major decisions: moving the family to Long Island, temporarily placing baby Henry in a home for infants and accepting a nine-to-four job with Nabisco Biscuit Company. Sydney Stern and Nabisco were a fortuitous match. In 1935, at the height of the Great Depression, Stern had one weekend to come up with a marketing gimmick to compete with Sunshine Biscuits’ most successful cracker. Inspired by the circular label inside his hat, he debuted a blue circle with a four letter word in yellow lettering: Ritz. He stuck this cardboard circle in the band of his fedora and modeled it for his family, including his new wife and Henry, no longer a baby.

Executives worried that “Ritz” would rub downtrodden consumers the wrong way but—as we know—it had the opposite effect. People came to see the crackers as rich little bites of the good life, and soon Ritz was on its way to becoming America’s favorite snack.

Stern also had a hand in designing the Barnum’s Animal Crackers box–one which many snack enthusiasts instantly recognize and love. He looked at an early Animal Cracker box prototype and noticed that the animals were all shades of brown. Hoping to break up the monotone illustration, he added a stark white polar bear. Consumers wrote in to ask why there was no corresponding polar bear cracker!

He also added a string to some editions of the Animal Crackers box, so it could be used as an ornament (or a handy tote.)

In the case of Shredded Wheat, Stern’s contribution was just good old fashioned commercial trickery. When Nabisco bought shredded wheat from The Natural Food Company in 1901, the package depicted the original company’s Niagara Falls factory in the background and a piece of shredded wheat in the foreground. Stern’s job was to make the piece of Shredded Wheat progressively bigger over several editions until the ugly factory disappeared altogether—while slowly conditioning shoppers to recognize a factory-free box.

Sydney Stern worked for Nabisco for 31 years before retiring to Florida where he was involved in the creative community. He found kindred spirits in the city of Pinellas Park where he exhibited his art at the Beaux Arts Gallery. This gallery began as a coffeehouse of the same name, once frequented by the likes of Jack Kerouac and Jim Morrison. The founder, Tom Reese, held a retrospective of Stern’s career on the occasion of his 95th birthday. That same year, Stern was inducted into the Ritz Hall of Fame (with a little behind the scenes work by Donald’s late wife Barbara; the leaders of the company were surprised to learn he was not only alive but very active).

Nabisco didn’t catalog Stern’s art. This was pre-Warhol, and commercial art wasn’t considered valuable. It took the pop art movement to convince the world that product packaging was culturally significant and worthy of examination.

Today, two former Nabisco factories have close ties to the art world: The Beacon factory, birthplace of the machine that inserted the string into the Animal Crackers box, became the Dia: Beacon museum. Chelsea Market, once a massive bakery for crackers and cookies, today sits in the heart of New York City’s gallery district.

Whether what Sydney Stern made was considered art by his contemporaries is immaterial. The Nabisco company became family at the very moment Stern’s was fractured. He lived to be 99, and obituaries from The New York Times to The LA Times led with one word: Ritz.

Last year, my mother came to visit and brought me a small box of Barnum’s Animal Crackers. It’s been sitting on a shelf in my room ever since. I haven’t thought to open them, although it’s been months. Maybe I’ll hang a sign that says “don’t touch the art.”