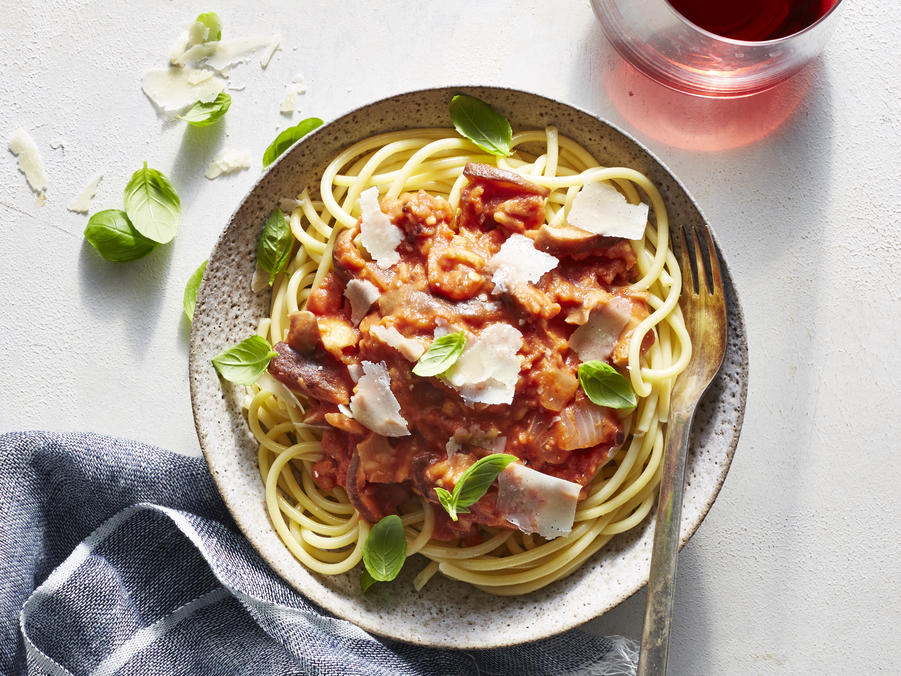 Pasta is one of those things you’ve never going to stop making, so you should probably know how to do it well. OK, I know pretty much everyone has at one point in their life dumped spaghetti noodles into hot water, but that still doesn’t mean you can’t improve upon your pasta game. From the right size of pot to cooking time to storing leftovers, here are some pasta mistakes I suggest you stop making immediately.

Note: this guide is exclusive to standard, Italian-style wheat pasta. Many other types of noodles, like soba, glass, mixian, and rice vermicelli, as well as gluten-free pastas, sometimes cook differently, so for those it’s best to consult the package for best practices.

1. Using a pot that’s too small

Sure, it’s a pain to wash a big stockpot, but you know what’s just plain dumb? Slowly shoving a pound of fettuccine into a one-quart saucepan until it snaps in half. When making pasta, especially longer noodles like spaghetti, linguine, and bucatini, it’s best to use a big pot (one with a diameter that is at least the same length as your noodle) with plenty of water. If you don’t have a stockpot, you can actually boil pasta in a skillet.

2. Not adding enough salt to the water

It may seem bonkers to toss a fistful of salt into pasta water, but keep in mind that you’re not actually ingesting all that water. To actually have a fighting chance at seasoning the pasta while it boils, you need a lot (like, several tablespoons) of salt. There really isn’t an exact measurement to use here, but I would say a good rule is three tablespoons of Kosher salt per pound of pasta. If you don’t have Kosher salt, go buy some. Don’t use your fancy Himalayan pink or flakey sea salts (they’re expensive and most of this salt is going down the drain), nor iodized table salt (it sucks).

In her brilliant book Salt, Fat, Acid, Heat, Samin Nosrat says to evenly prepare noodles made with wheat, they must be cooked at a vigorous boil, as “the pandemonium keeps the noodles moving, preventing them from sticking to one another as they release starch.” This isn’t a mere suggestion, folks. Bring your water to a rolling boil, dump in the pasta, give it a stir, and ensure that the pot continues to boil.

Some people think that to keep pasta from sticking itself in the pot they must add olive oil to the pot. False. If your pot is large enough, at a rolling boil, and you’ve stirred the noodles around after dumping them in, there’s no reason pasta should stick to itself or to the pot while cooking.

If you’re cooking pasta according to the package directions, odds are you’re going to overcook it. Especially if you’re planning to mix the pasta into heated sauce, pasta will taste perfectly cooked (that is, soft with a slight bite, also known as al dente) when it’s pulled out of the pot about three minutes earlier than the package says.

Most people simply dump their cooked pasta into a colander, letting all cooking liquid run down the drain. Don’t be one of those people. Instead, use a slotted spoon, spider, or tongs to pull out your pasta and drop it into your sauce or put it in a colander, leaving the pot of warm water on the stove. Starchy pasta water is the secret ingredient your sauces have been missing. Whether you’re making cacio e pepe or linguine with clams, a hefty splash of pasta water will thicken your sauce and encourage it to coat each noodle completely.

7. Rinsing the pasta after cooking

Shocking pasta with cold water after it comes out of the pot will indeed stop the pasta from cooking more, but it will also rinse away all the delightful starch that helps sauce cling to noodles. To avoid the overcooking factor, see rule #5. If you’re rinsing to ensure the noodles don’t stick together, you should simply be ready to add the pasta into your sauce as soon as it comes out of the pot.

You can get very sick from poorly stored pasta, so if you pay attention to any of these tips, make it this one. After your pasta dish is cooked and divided among plates, any leftovers should cooled, transferred to an airtight container, and refrigerated. When cooked food is held at a temperature between 40ºF and 140ºF, it’s known as the “danger zone” by the USDA. Bacteria love moist foods like pasta, so any leftovers should be stored in the fridge and fully reheated before you eat them again (and it’s best not to wait more than a day). You may feel badly about throwing away food, but we all know reheated mushy pasta isn’t very good anyway.