Intermittent fasting is a popular weight loss method that does not focus on what the slimmer is eating but when they are eating it. Weight loss guru Dr Michael Mosley popularised this type of eating.

There are different forms of intermittent fasting; in some cases a dieter will fast for 12 or 16 hours of the day, only eating during the remaining hours.

Sumaya Kazi lost 50lbs (around 3.5st) following an intense version of intermittent fasting, which she still follows to this day.

She spoke to Megyn Kelly on TODAY about her weight loss. 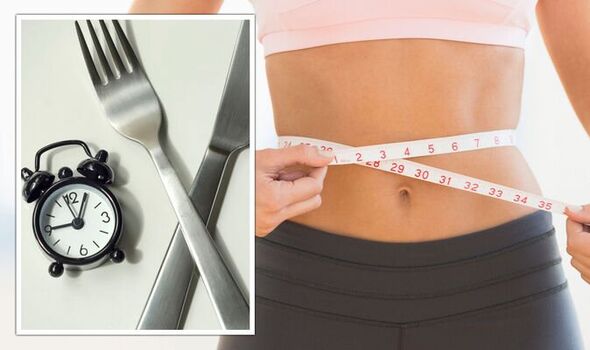 Sumaya explained that her journey to becoming slim was not an easy one.

She got into bad habits such as eating badly and not getting enough exercise, and constant travelling for work only exacerbated her problem.

She decided enough was enough and embarked on a weight loss journey, trying an array of diets and exercise regimes – but none of them worked.

Sumaya stated: “So I am someone that tried everything, I did Jenny Craig, went to the gym five or six times a week, weightlifting, I did meal prep – you name it, I’ve tried it. And it just never stayed with me, it never stuck.”

While at first Sumaya felt “intimidated” by intermittent fasting, she quickly became “fascinated”.

She decided that she would eat normally for four days of the week and fast for three – Monday, Wednesday and Friday.

While fasting for three days a week is a difficult ask, the benefit to this is that you can “eat what you want” during the remaining days.

And fasting days are not days totally devoid of food, with Sumaya explaining that you can have a “crutch” of 500 calories to get you through. 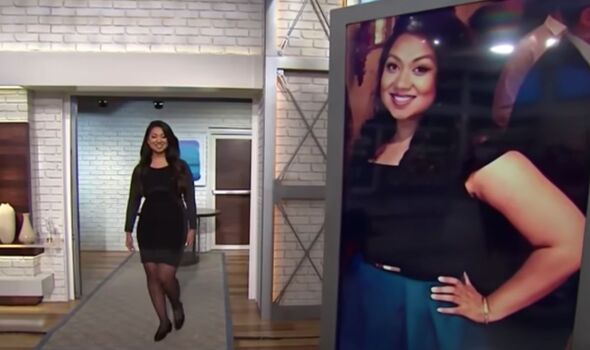 A large apple, for example, is around 100 calories, and about three and a half squares of milk chocolate.

Brightly coloured peppers with a dollop of hummus might also be a good low-calorie healthy option for 500 calorie only days.

Sumaya believes that the benefits of intermittent fasting exceed weight loss: “The first week or two was more of a mental challenge but now I look forward to it.

“I look forward to how it feels. Put it this way, sometimes when you eat you feel lethargic, you feel full, you feel tired – now imagine the opposite feeling, where you wake up and feel energised and focussed.”

So how safe is this weight loss method? The type of intermittent fasting Sumaya did was “ridiculously hard”, according to nutritionist Joy Bauer. 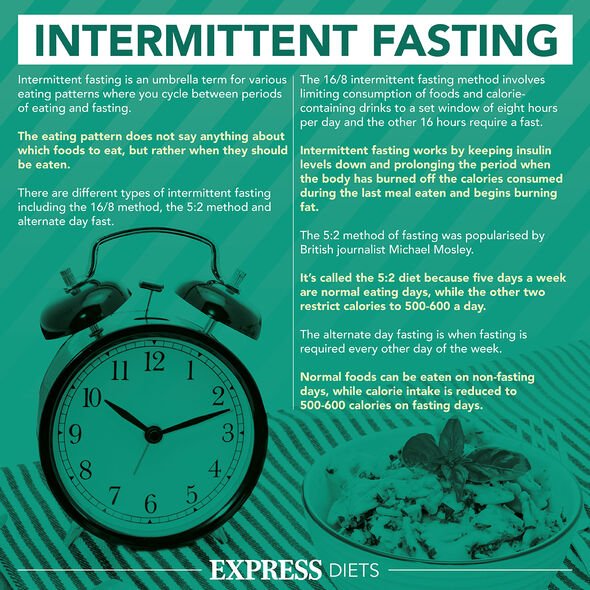 While she stated that Sumaya’s insides are “probably doing amazing things”, she said the majority of people probably wouldn’t be able to sustain the practice.

And slimmers can certainly reap huge weight loss benefits by doing a slightly less intense version of the programme.

Instead the nutritionist suggested a 12 hour “window of eating”, where slimmers consume all their calories in just 12 hours of the day.

This may mean having breakfast at 8am and rounding off dinner at 8pm, fasting then until 8am the next morning.

This can combat many peoples’ problem of “nibbling in the evenings” and allow them to create more mindful habits.