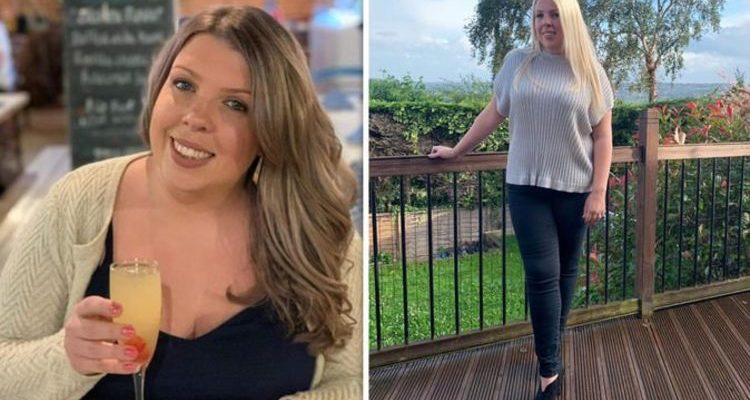 The lockdown has brought a whole new dimension to anyone looking to lose weight – not only because of the restrictions in place. It’s known that obesity is a factor in how your body reacts to the coronavirus and a healthy weight can be key to recovery. That’s why many Britons have used the lockdown period to slim down for good.

Though the stress of the pandemic, difficult work situations and homeschooling may have affected some slimmers’ efforts, others have thrived on being able to focus on their wellbeing as they stayed at home.

One woman has revealed how despite the lockdown throwing her routine out of the window, she managed to stick to her diet plan.

Michelle, a 34-year-old who started the WW (Weight Watchers reimagined) plan at the start of March, has successfully dropped two stone since beginning the diet.

It’s taken just four months for her to shed the weight – but it’s not been an easy ride. 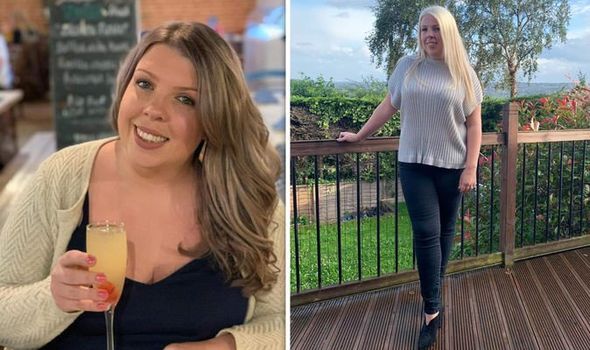 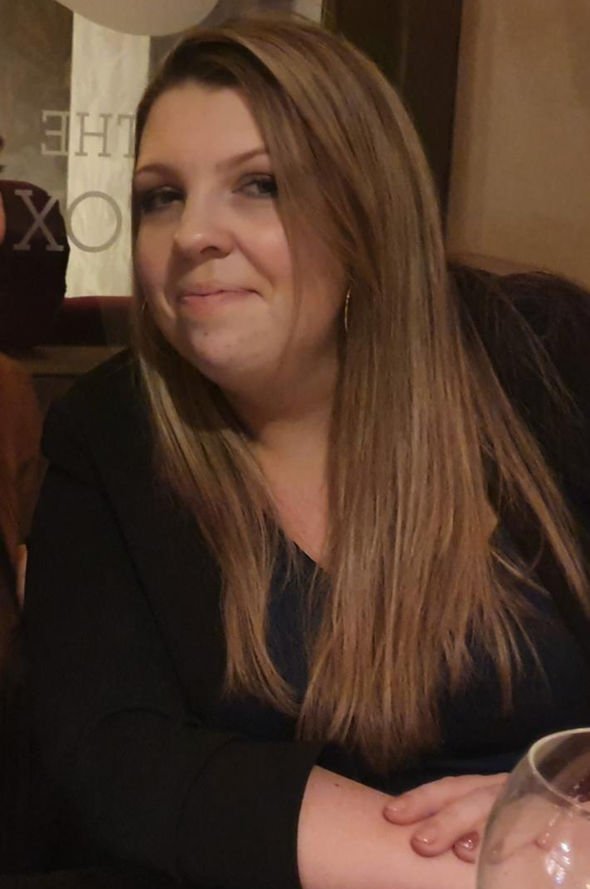 Michelle explained: “For the last two years I have really lost sight of me; my weight has increased, my confidence dropped and after being diagnosed with Psoriatic Arthritis, an autoimmune form of arthritis, in September 2018 I had become so inactive – the thought of exercise and possible pain had made me afraid to even try.

“Psoriatic Arthritis causes inflammation of joints and fatigue, and the medications I tried sometimes came with their own challenges.

“I was now starting to get on top of the pain and feel like there were more good days than bad so maybe now was the time to change.

“I didn’t like what I saw in the mirror anymore and I wanted to get more active especially as I have two children I wanted to do more with.”

Michelle attended her first meeting with her mum and her three-year-old in tow.

“I had weighed myself at home so I wouldn’t be as shocked by what the scales said but it didn’t matter, there was no judgement, only positivity – and from then on I was not planning to see that number again,” said Michelle.

“I wanted to make a change.”

Michelle’s starting weight was 15 stone 9 pounds, and she lost two pounds in her first week as the diet was going well.

But then lockdown struck – and she was told she had to shield for twelve weeks due to her condition. 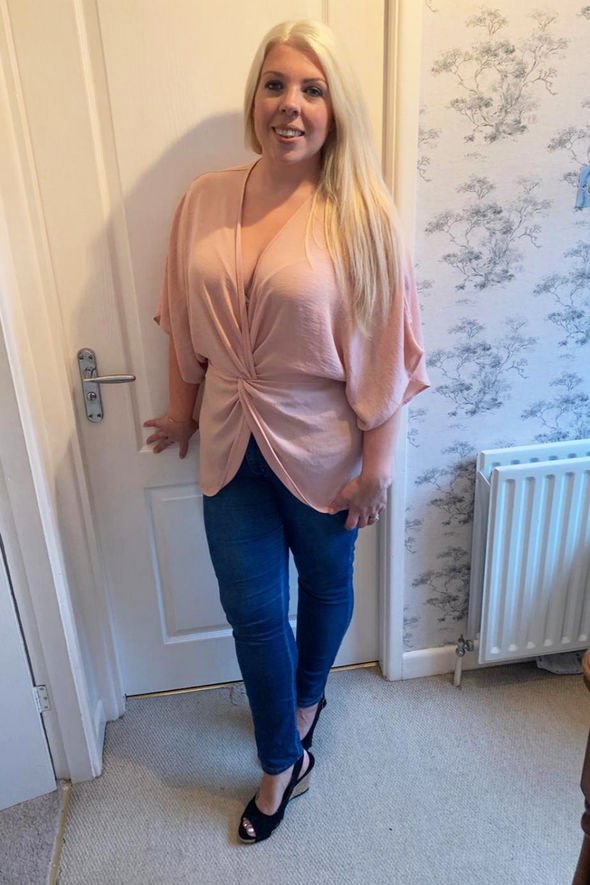 “Everything felt so out of my control, I had lost my routine and had been thrown into a new way of life,” Michelle said.

“However this time I took some control back. I continued with my journey even though I couldn’t leave the house.

“Adele [Michelle’s coach] had spoken about how we are going into a chrysalis and we can emerge like butterflies. That became my aim. I wanted to be that butterfly,” revealed Michelle.

Michelle kept up the diet by tracking everything she was eating – even if her husband was cooking – as well as attending a workshop on Zoom every week.

The dieter made new healthy habits, including drinking two bottles of water a day and found the competitive nature of the challenge helped her to stick to her goals.

Fitness was also the key to her impressive weight loss, including a daily online session of pilates once the kids were in bed and a daily walk. 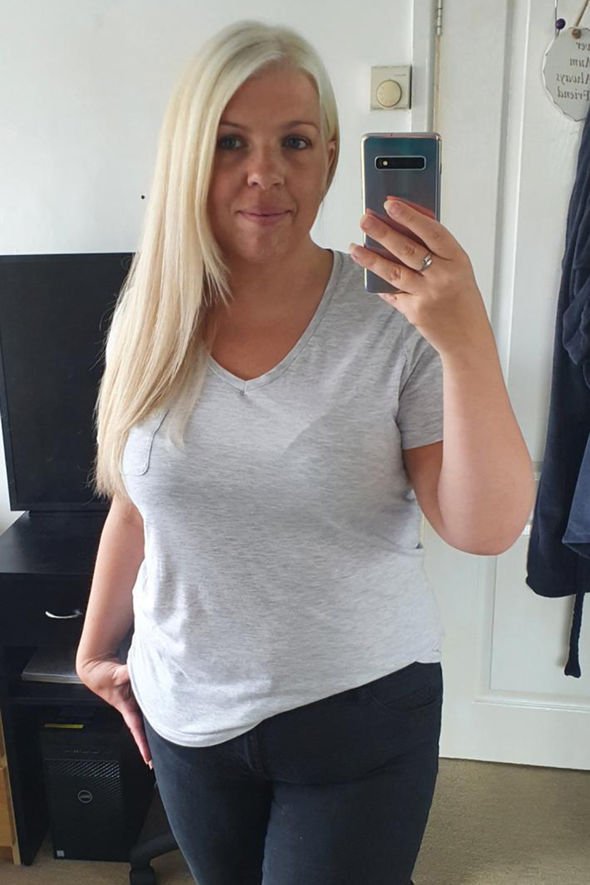 Michelle has now shrunk down to 13 stone 9 pounds, losing exactly two stone in four months since the start of lockdown.

“The biggest thing I have learnt is that even though I can’t fully control my illness or what’s happening in the outside world and although my body with the arthritis may need to take it a bit slower at times, I can still get there if I try and don’t give up,” admitted Michelle.

Though Michelle hasn’t yet reached her goal, she already feels better at her new weight.

“I am feeling lots more confident and have started noticing the changes in how I look, but WW hasn’t only helped with the numbers on the scales and the size of my clothes – it has really made such an impact on my mental health with the weekly check ins, and changing my attitude towards being healthy.

“I don’t need those huge numbers on the scales I have craved in the past; I just need to keep trying to make healthy changes and know that there are amazing people such as my coach, the others in the workshop and my family and friends to help me achieve whatever I want to.”