Lyndsey Jones weighed 16 stone at the age of 16 and put on a stone every year after until she tipped the scales at an astonishing 26st 9lb. But now, although she’s double that age at 32, supported living manager Lyndsey has almost halved her weight and her dress size after losing an incredible 13 stone and has gone from a size 28 to 14. How did she do it

Lyndsey revealed that she joined Slimming World to overhaul her diet and unhealthy snacking habits to lose an incredible 13 stone.

“It was never so much about how I looked as how I felt,” says Lyndsey, from Pontypool, South Wales.

“It was about the inside more than the outside. But now I feel healthier than ever – and I can do whatever I want without my weight stopping me. I can go on day trips to pretty places with my fiancé Dean and walk for miles – something I’d never have tried to do before, let alone managed.

“I had a health condition that caused my ankles to swell and caused a lot of pain, but I haven’t suffered from that at all since losing weight.” 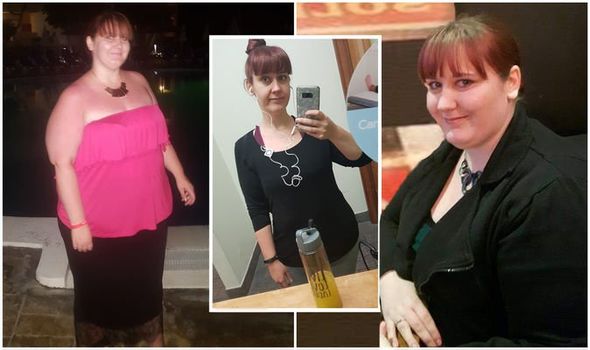 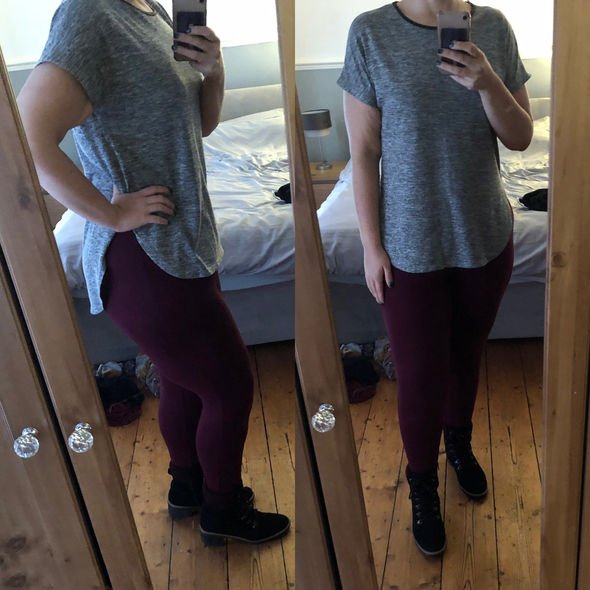 And since dropping the pounds, fashion has become a much easier task for Lyndsey: “I used to be a nightmare getting ready because I’d get so frustrated trying to find something that looked good and was comfortable, and I’d go through my entire wardrobe before I realised nothing did.”

Lyndsey, a locality co-ordinator for supported living houses, says she has always been big but didn’t realise it until she was 16.

“It was my later teens when I started to put on the weight, due to inactivity I think; as you enter those teen years you do a lot less running around, and a lot more sitting in. Or at least I did.

“The weight went on gradually until I was 16, and then after that I put on about a stone a year from then on. It was basically because I had a poor diet. I like healthy food but I like bad foods as well, like crisps, and chocolate – that was and still is the thing I most like. And I’d constantly snack on both all day.”

Before Slimming World Lyndsey would often skip breakfast but when she did have it she’d eat four slices of white toast dripping with butter or thickly spread with Nutella.

“I’d snack on a bag of crisps or a bar of chocolate mid-morning, and for lunch I’d have crisp sandwiches. I’d buy a big grab bag of Wotsits and pile them onto white bread.”

Lyndsey would carry on snacking throughout the day before tucking into tea which was usually a takeaway – the chippy, an Indian or Chinese meal, burgers or a 14” Hawaiian pizza from Asda.

At her heaviest Lyndsey weighed 26st 9lb and was a size 28 but she says: “In general I felt okay about it.

“Yes I would get frustrated getting ready – I used to wear full-length baggy dresses to hide my weight although I think it just exaggerated it – but I was always a pretty happy person so it didn’t really bother me.

“But it was my health I was concerned about. My joints would swell and I had plantar fasciitis, which is inflammation of the band of tissue that stretches from your heel to your toes. It supports the arch of your foot and also acts as a shock absorber.

“It didn’t help that I’d broken my leg and ankle when I was 18. If I was on my feet all day my ankle would swell and I was in a lot of pain.”

After a friend suggested hydrotherapy to try to ease her agony, Lyndsey began doing aqua aerobics and lost two stones, after which she started going to the local gym.

“My goal was always to be healthier so I was able to live a normal life. I realised I was already in less pain and I could get around better.

“But the weight loss slowed down and that was when I went to Slimming World. I started in May 2017, by which time my weight was 24st 7lb.

“I found it easy to begin with, although of course the weight loss slows down when you’ve got less to lose. I lost most of my weight in the first year before reaching my target, which I set only two months before I got to it, in November last year. 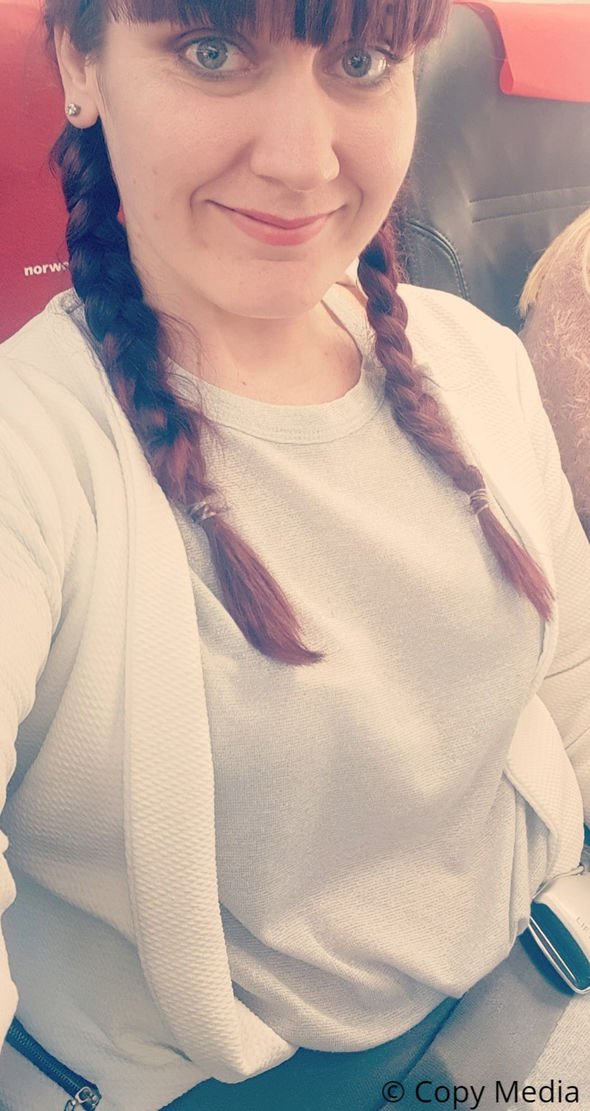 Breakfast now is a cooked breakfast with egg, bacon, and sausage, or Slimming World pancakes made with oats and topped with raspberries and syrup.

“I’ll have something like a tuna pasta bake with sweetcorn and tomatoes for lunch, and perhaps Slimming World chip shop curry and chips, with chicken, onions, and mushrooms for tea.”

If she snacks through the day Lyndsey will have fruit and yoghurt, but she is still partial to a sweet treat so she saves her sins for the evening when she’ll have a Wispa or a Snickers bar. “I save my sins and treats for the evening so I have something to look forward to – it helps. If I had them in the day I’d still be wanting something at night.

“Now I’m just getting to grips with maintaining my weight; it’s about trying to have that balance. I’m strict for most of the week but if I fancy a treat, like a cake I might see, I’ll have it. I wouldn’t have a takeaway all week because I’d just carry on…

“By maintaining the weight loss I am healthier and can do whatever I want to do. Of course, I wish I’d done it before, but I don’t think I could have done it before. There’s a right time for you, I think.

“Dean and I haven’t set a date for the wedding but it’s nice to know that, when we do, I can wear a dress that looks nice and that I feel comfortable in. No-one wants to look back on their wedding day and not be happy.

“The difference between me at 16 and 32 is remarkable. I’m half the size but twice as happy – I’m healthy. I’m at a good point in my life and that’s one thing I don’t want to change.”