They say breakfast is the most important meal of the day, as it breaks the fast after hours of sleeping. But when trying to lose weight it can often be the hardest choice to make, as slimmers don’t want to make a mistake and start off their day with an unhealthy meal. But here are some foods that have been proven to aid weight loss, and even better, they go perfectly with a morning cup of tea. What are they?

These five breakfast foods can help you lose weight fast – what are they?

Rich in protein and selenium, eggs have been shown to increase fullness, reduce food intake later in the day and aid weight loss.

One study of 30 overweight women showed that eating eggs for breakfast significantly increased feelings of fullness and reduced food intake later in the day, compared to eating a bagel.

Similarly, another study published in the National Library of Medicine National Institutes of Health in 152 adults found that replacing a bagel breakfast with eggs resulted in 65 percent more weight loss and a 34 percent greater decrease in waist circumference over an eight-week period.

Whether having them boiled, poached, or as an omelette with vegetables, eggs not only make a delicious breakfast, but could help shed some pounds, too. 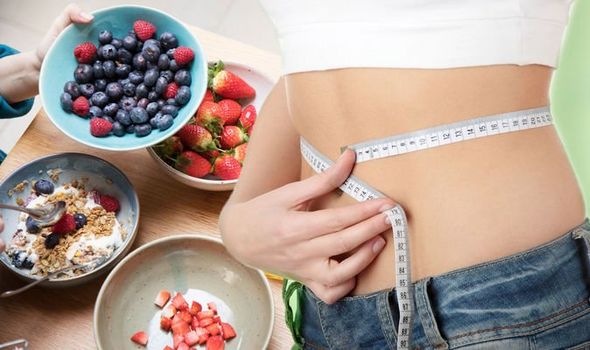 Bananas are high in fibre, which can help slimmers to keep fuller for longer. Unripe bananas also contain resist starch, which many help decrease food intake and belly fat.

Multiple studies have found that upping intake of fibre from fruits and vegetables is associated with increased weight loss.

Slimmers can add chopped bananas to their yoghurt, oats or smoothies for a nutritious breakfast.

It was recently revealed that coffee aids weight loss. A new study, published in tscientific reports, found that drinking a cup of coffee could actually help lose weight by stimulating “brown fat” – the fat in the body that keeps it warm by burning calories.

Professor Michael Symonds, one of the researchers, said: “From our previous work, we knew that brown fat is mainly located in the neck region, so we were able to image someone straight after they had a drink to see if the brown fat got hotter.”

According to healthline.com, caffeine may aid weight loss as it increases metabolic rate. The site reads: “The higher your metabolic rate, the easier it is for you to lose weight and the more you can eat without gaining weight.

“Studies show that caffeine can increase RMR by 3–11 per cent, with larger doses having a greater effect.”

However, it’s important for dieters to remember the side effects of too much caffeine, which include, anxiety, insomnia, and digestive issues to name a few. 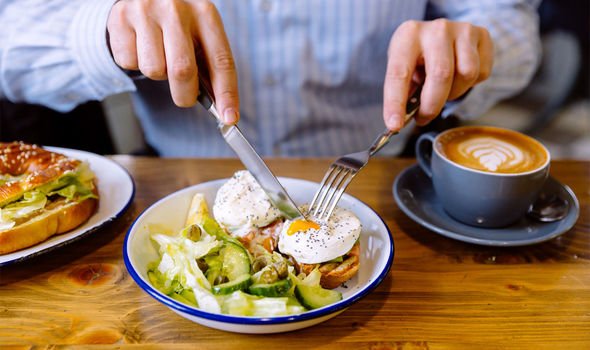 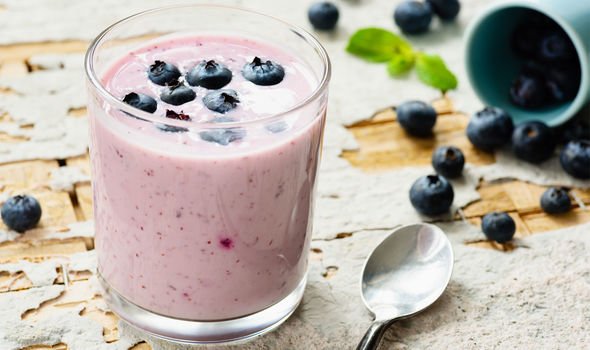 Oatmeal is low in calories, but high in fiber and protein, which may help increase weight loss. It also contains beta-glucan, which can decrease both blood sugar and appetite.

One small study in 14 overweight adults also showed that consuming higher amounts of beta-glucan led to higher levels of peptide YY, a hormone that regulates food intake by reducing appetite.

Try topping oats with berries or seeds for a power-packed, high fibre breakfast.

Smoothies can be a good way to increase your intake of fibre and protein by blitzing a healthy combination of fruit, veg, seeds and nuts. The increased fibre should help reduce hunger throughout the day, and increase weight loss.

However, it’s important to opt for low calorie ingredients when trying to lose weight.

Berries are a good choice of fruit, as they have a low calorie content, but are also very nutritious. Due to their low calorie level, berries are usually eaten on most diets, including the low-carb keto diet.

One study in 12 women found that swapping a high-sugar afternoon snack for a serving of mixed berries reduced calorie intake later in the day by an average of 133 calories.