Diets can be hard to stick to if you’re going at it alone, but many people turn to local slimming clubs for support and guidance on what to eat – with great results. One man from Bangor, County Down, has won the title of Slimming World’s Greatest Loser after shedding an impressive 21 stone in just three years. The dramatic weight loss has completely changed his life – but how did he do it?

Phil Kayes, 47, has revealed that he was warned by doctors that he would be “lucky to see 40” because of his size.

At his heaviest, Phil weighed a massive 37 stone, and it had a huge impact on his health, including pressure on his knees and sleep apnoea.

The dieter has even admitted that he feared he would die in his sleep due to his obesity, and worried that no one would be able to remove his body as he lived on the third floor.

Now at 6’3”, Phil said that he was always bigger than his peers as far back as school, but that the weight really piled on at university – where he slowly began to make excuses about going out because of his size.

However, after countless warnings from doctors, it was his mum’s diagnosis with cancer for the fourth time that made him make a change. 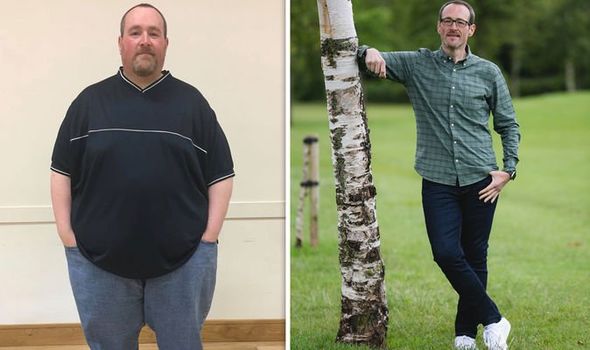 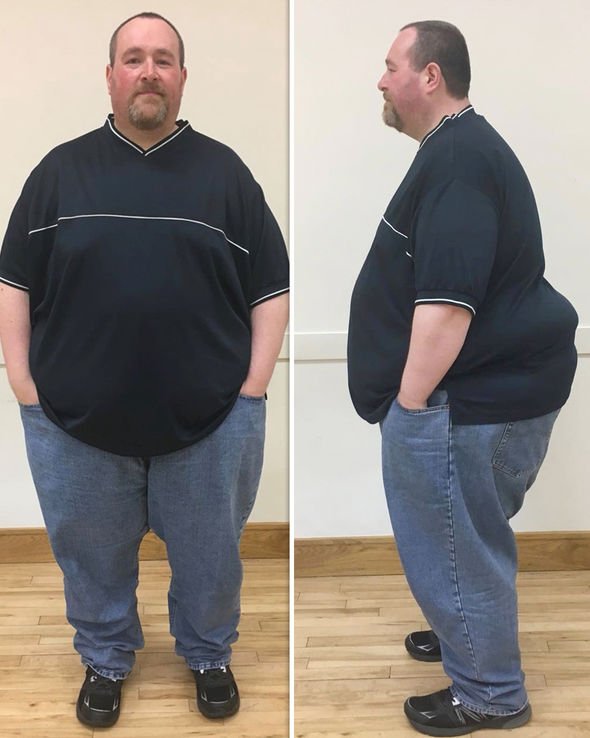 “I was worried that if my mum did pass away, I wouldn’t be able to be one of her pallbearers, which was heart-breaking,” Phil revealed. “She died in October 2017, by which point I’d lost 5st. I know she’d be really proud if she could see me now – more than 21st lighter.”

Phil joined his local Slimming World club in July 2017, having been encouraged by a friend who also went with him.

“I even contacted the Consultant in advance to check the scales would be able to weigh me,” Phil recalled.

“The last time I’d weighed myself was at the hospital, where I had to stand on two sets of scales just to get a reading. My Consultant assured me that there was nothing to worry about and she was right – everyone was so supportive and friendly and although it was a shock to see the scales hit 37st, for the first time – thanks to her kindness and hearing about Slimming World’s plan – I felt like I could do something about it.”

The Slimming World diet plan allows dieters to eat hearty but healthy meals, something Phil found much easier to stick to compared to his previous attempts at intermittent fasting and portion restriction.

He described joining the club and learning about the plan as a “lightbulb moment” as he realised he didn’t have to starve himself to lose weight.

“I was a bit vegetable-phobic when I first joined but now one of my favourite dishes is a Mediterranean vegetable pasta – and I even tend to an allotment with a veggie patch!” Phil shared.

By following the club’s Food Optimising eating plan, Phil halved his bodyweight, going from 37 stone to just over 15 stone in only three years.

He praised the group environment for his astonishing results, saying: “The group environment really helped me too because for the first time I was surrounded by people who knew how it felt to struggle with their weight. Checking in with everyone each week has been invaluable and I have learned so much from everyone. I attend virtually now that we’re in lockdown, which is really great and helps keep me on track. I couldn’t be without them.” 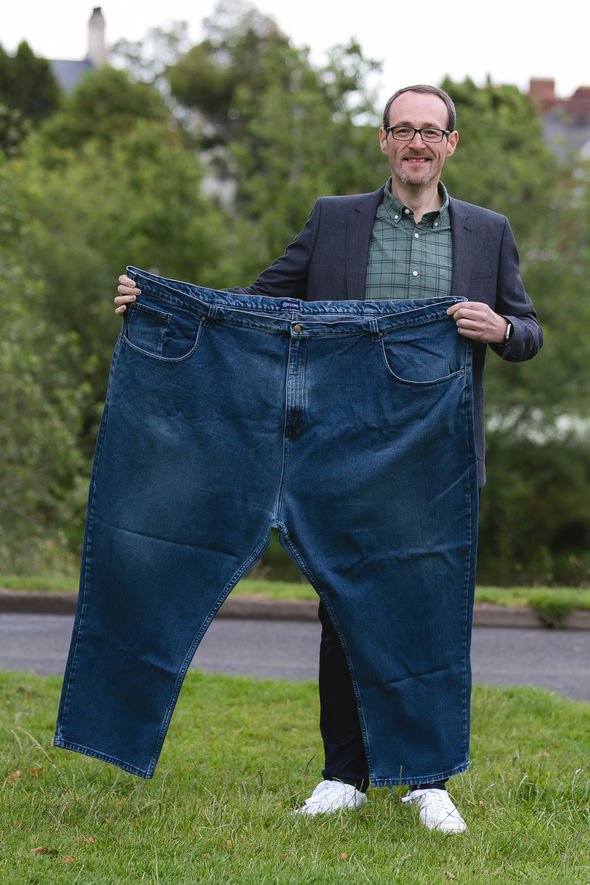 After 30 years away from it, Phil is now cycles regularly.

“Years of being overweight really took its toll on my knees and I used to take medication daily to manage the pain,” revealed Phil.

“I will still need a knee replacement at some stage, but I have certainly delayed the inevitable and made the operation itself more likely to be successful. When I was 37st, my doctor told me it was too risky for me to have surgery because calculating the anaesthetic needed for someone my size was so tricky.

“Now I’ve started cycling again, I can walk without getting out of breath and I also enjoy yoga. It’s a completely different life to the one I had before – one that is full of opportunities, friends and adventures.”

The weight loss has completely changed his life – and may have even saved it. Phil was recently ill with what was thought to be COVID-19, and though it still affected him badly he’s not sure that he would have been so lucky to recover had he been at his original weight. 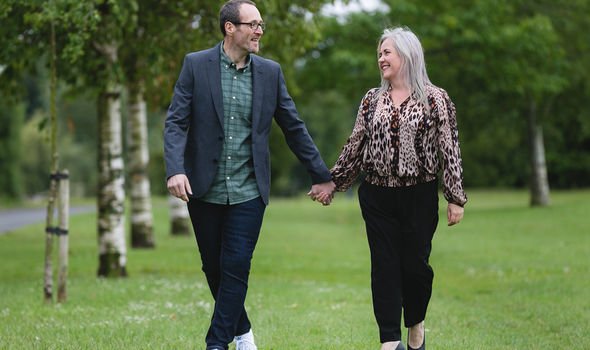 Obesity is a known risk factor in coronavirus deaths, with overweight patients more likely to die from the disease.

“I dread to think how my body would have responded. It was a timely reminder of how important my health is,” Phil said of his recent illness.

However, Phil is now fighting fit, and even found love after transforming his body with the plan, meeting partner Nicole on an online dating app.

“Since meeting we’ve moved in together, swam in the Mediterranean Sea, been on a walking tour of Berlin and I’ve learned to drive. There are lots more adventures we want to tick off the list and for the first time in a long time, I’m excited about the future.”

Since the temporary suspension of its 19,000 community groups, Slimming World has launched a virtual weight-loss service to continue to support people to stay on track with healthy habits and lose weight at this time.

Here’s an example of what Phil used to eat, compared to his daily food menu now that he’s on the plan:

Breakfast: Sausage roll or a sausage bap with cheese and ketchup. Full fat latte or cappuccino with added sugar.

Lunch: Tinned soup with 3-4 rounds of white bread, large bag of crisps and a chocolate bar or chips with cheese and lots of sauce.

Dinner: Large supermarket pizza, crisps and chocolate or a Chinese or Indian takeaway.

Lunch: Leftovers from a home-cooked meal the night before or a pasta dish and some fruit.

Dinner: Chicken or salmon with Slimming World chips or potatoes with lots of fresh veg from the allotment.