Eddie Hall is the former World’s Strongest Man who is best known for his record-setting deadlift in 2016, where he lifted half-a-tonne. The 31-year-old from Stoke-on-Trent then passed out – in a move that would see him retire over health concerns. It also saw him change both his mindset and diet and, as a result, he lost more than six stone in just two years.

As a child, Eddie was a champion swimmer, and was tipped to become an Olympian, but decided to pursue weightlifting instead.

However, despite the change of heart, The Beast detailed in his book “Strongman: My Story” why he kept swimming for cardio exercise.

He wrote in 2017: “I’ve had far more good times than bad in the water and I think I need to emphasise that and not leave the subject on a downer.

“Incidentally, if there are any budding strength athletes reading this who don’t currently swim then take my advice and do it. 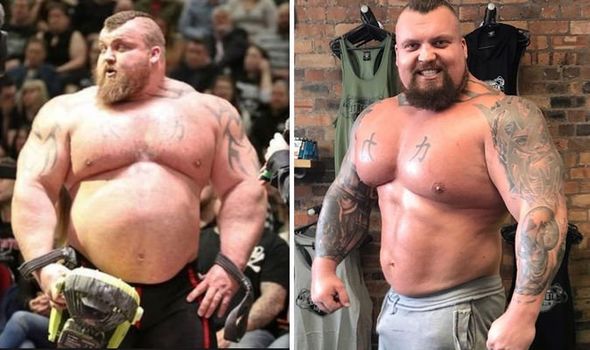 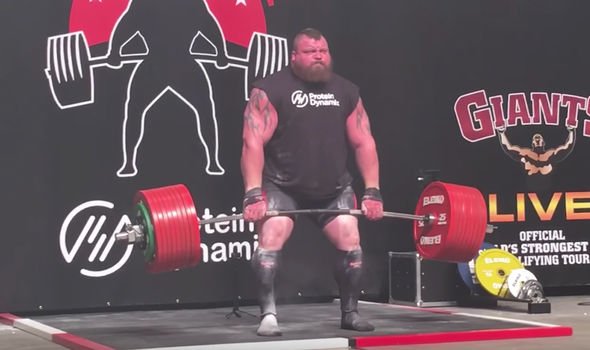 The benefits it will have, not only on your performance but your health in general, are many and varied

“The benefits it will have, not only on your performance but your health in general, are many and varied and if I hadn’t had it as a platform there’s no way I’d be where I am today.

“Just make sure you wear the right costume and if anyone tries to p**s around with your training routine, tell them to do one.”

Eddie went on to reveal just how good a swimmer he was before he was 16.

He added: “I’m not sure if it still happens today, but every March at Fenton Manor Pool in Stoke they used to hold a 5km swimathon to raise money for charity.

“Because I was back in love with the sport, I was well up for it, I didn’t train for the distance, but I was a fit as a butcher’s dog and knew I was more than a match for it.

“Seriously that’s quick, no other child came close to that time and I’m pretty sure it was the fastest overall.

“According to one or two swimming websites a 5km swim should take most fitness swimmers between 90 minutes and two hours to complete – so that gives you a good idea of how fast it was.”

Eddie revealed during the same book that he was selected for the World Class Potential Programme – aimed at getting youngsters on an international platform.

However, he fell out of love with the sport after feeling like he had become a puppet for the instructors.

He detailed the gruelling routine: “The boot camps themselves were all run with military precision. 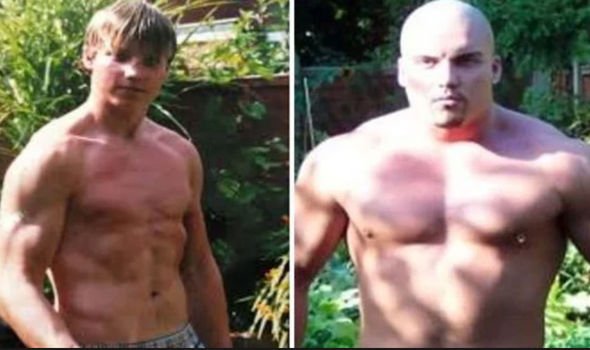 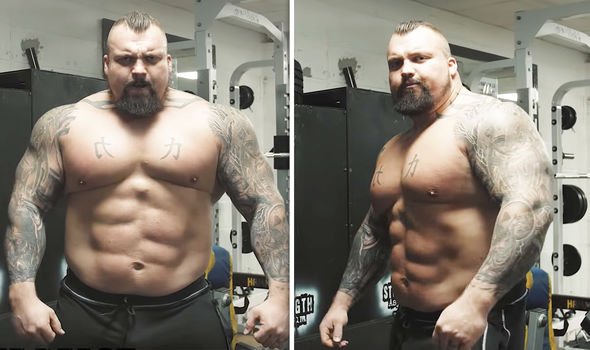 “We always got up at 5am and, after a nice two-hour swim, we’d have breakfast.

“After that, we’d do gym work followed by something like yoga and then we’d break for lunch.

“The afternoons always started with a nice bit of body conditioning and to round the day you’d have another two-hour swim.

“It was the same every day and the discipline was as military in style as the precision.”

However, while the routine may have got Eddie ripped and in shape, he admitted he hated the control he was under.

He added: “This, I’m afraid, is why things really started going belly-up.

“All I wanted to do when I turned up to one of these boot camps was get into a bl***y fight.

“Not a physical fight, but a verbal one.

“Once again, I don’t mind things like rules and discipline, providing you can convince me that they’re all there for the greater good.

“This would have been unthinkable to the coaching staff because as far as they were concerned we were just commodities – teenage swimming machines who are there to work and do exactly as we were told.”

Nonetheless, Eddie is using the same tactics he learnt years ago, to stay in shape today.

He previously told Express.co.uk: “What I do now is I’ve thrown in a couple of boxing sessions a week.

“I do a land-based training session, I do a swimming session, and then I bought a push-bike as well so I’m doing a lot of cycling.

“I’ve probably piled on about five or six hours a week in cardio on top of my weight training.”