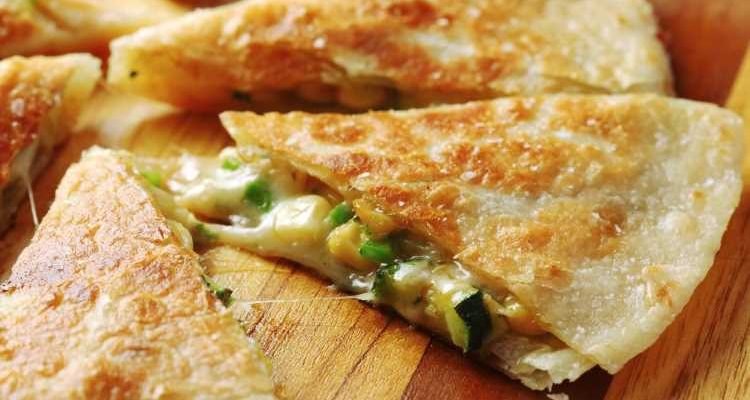 For the best quesadillas, we like to mix our fillings directly with the cheese. Here, we combine lightly browned corn and zucchini mixed with Jack cheese, and cook it up in a crispy, puffy, flaky crust.