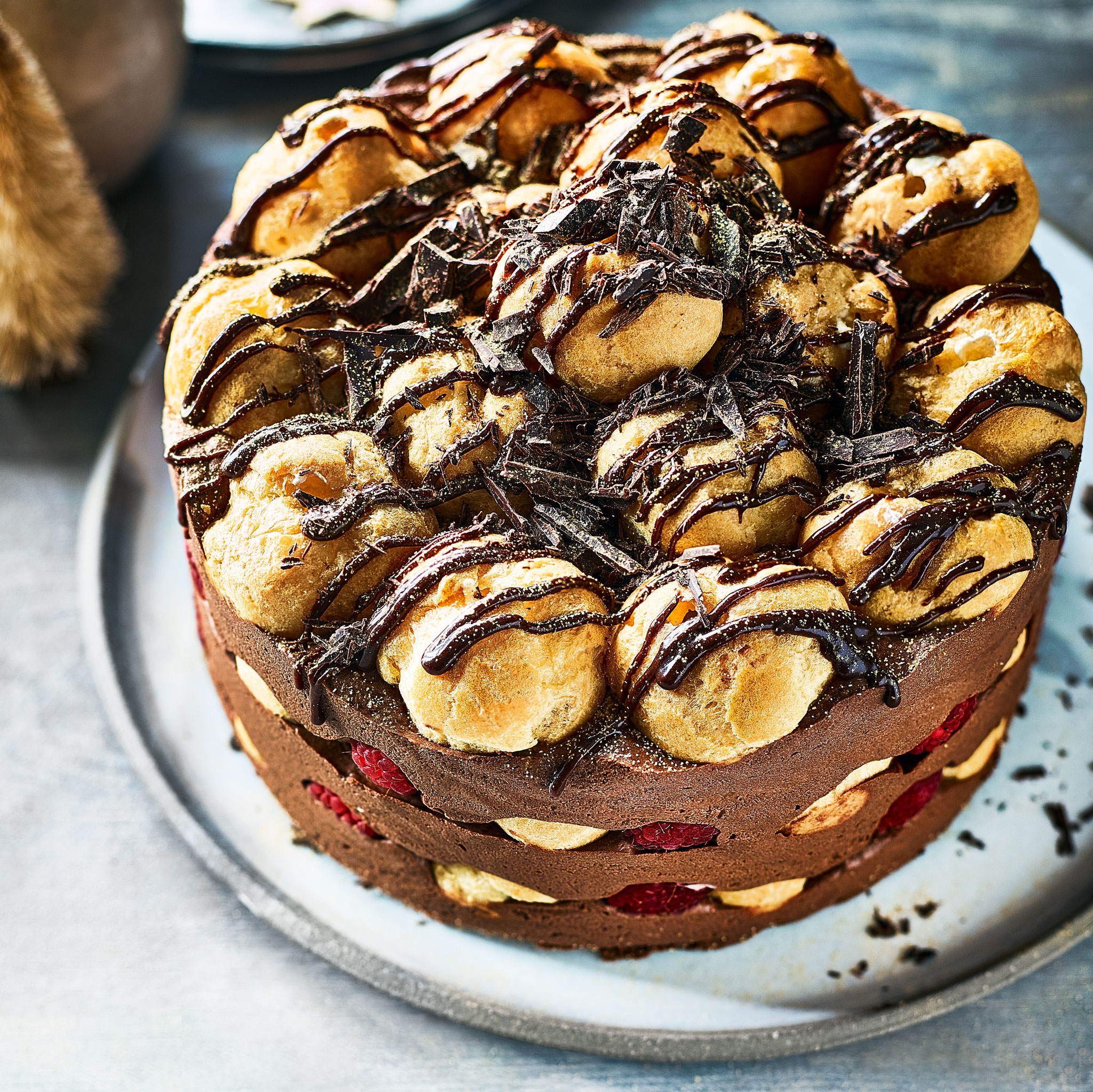 1. Lightly oil an 18cm loose-bottom deep cake tin and line the sides and base with baking parchment. Put the milk chocolate and 200g dark chocolate in a large heatproof bowl over a pan of barely simmering water and gently heat, stirring occasionally, until melted. Remove from the heat and cool slightly.