Shayne Ward, who captivated the hearts of the telly-watching nation twice over on X Factor and Coronation Street, again delighted with an appearance at the British Soap Awards last night. The Manchester-born star would no doubt have been chuffed the glam ceremony was being held down the road at the Lowry, in Salford. Yet after an absence from the ITV soap, following his character Aidan Connor’s tragic suicide, the dad-of-one’s new appearance stunned some. He arrived at the swanky event in a black tux, with crisp white shirt.

Shayne also sported some new facial hair, in the form of a thick beard, yet it was his trimmer figure which some spotted first.

Following the birth of his first child, the soap star confessed he did not mind having a ‘dad bod’ and was not stringently tracking his fitness, in order to spend time with his daughter.

Yet how has he upped his fitness and weight loss regime now?

It appears Shayne has been working with personal trainer Steve Chambers, at Up North PT.

He is following in the footsteps of celebrities including Gemma Atkinson and Strictly star boyfriend Gorka Marquez, who have also opted for the help of ‘evil Steve’, dubbed such for his gruelling regimes. 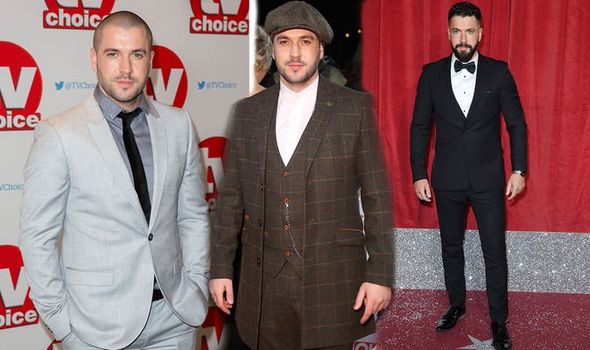 In a video posted to his Instagram page, Shayne showed the gruelling regime which has helped sculpt his body.

He could be seen working on his shoulders by pulling back handled of a heavily weighted machine.

His face grimaced as he did so, suggesting his sheer exertion.

Shane accompanied the clip with the caption: “THIS IS SPARTA.”

In another fitness post, uploaded in March, he wrote on Instagram, “Script learnt, hair and beard grown 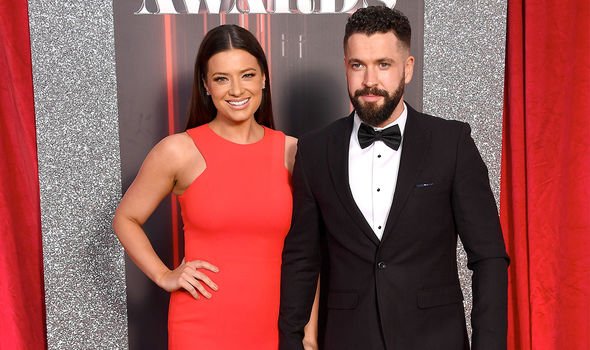 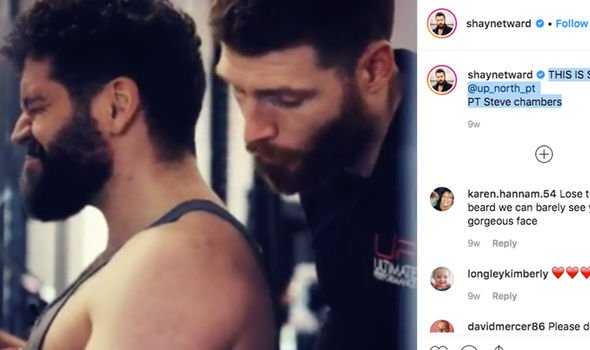 “Now counting down the days until I film ‘G-LOC’ directed by @tompatonfilm. #curlyhaircrew.”

It suggests he is upping his workouts for a new acting role, as well as his health.

Shayne’s dapper appearance at the soap awards came as a host of his former co-stars, including Lucy Fallon, Faye Brookes and Sair Khan, wowed on the red carpet.

Yet some attendees were deemed to have missed the mark.

Meanwhile, Shayne was a much-deserved winner of two gongs at the ceremony, breaking down in tears as he collected the second.