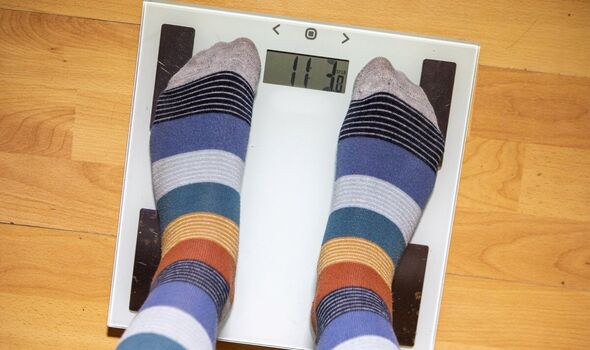 Almost a third (31 percent) of those trying to lose weight alone and in secret worry about being judged for being overweight, while 35 percent say they’re doing this so that if they fail, no-one will know.

And a further one in three (32 percent) are embarrassed about needing to lose weight.

Despite this, of all those who are dieting or trying to lose weight, 37 percent value the camaraderie of losing weight with a group, and the motivation which comes with it.

And 34 percent feel more accountable for their weight loss progress when they are doing it alongside others.

Dr Jacquie Lavin, special advisor on the science of weight management at Slimming World, which commissioned the research, said: “Worries about our weight, and the decision to start a weight loss journey, can feel deeply personal, so it’s natural to think that going it alone might be best.

“As the survey demonstrates, there are many motivations for wanting to lose weight.

“Making the decision to lose weight and improve your health is a positive step, and not something people should ever feel embarrassed about.

“Trying to lose weight can be difficult, and there are lots of benefits to doing it as part of a group that can make it easier and more enjoyable.

“These findings show that anyone who’s concerned about their weight should embrace the encouragement and support of losing weight with others – even if that means stepping out of their comfort zones.”

The study also found those polled have attempted to lose weight an average of four times in the past three years.

Of those who have chosen to lose weight alone, 38 percent did so to feel more in control.

While men (44 percent) are more likely than women (34 percent) to eat or drink unhealthily in front of others – such as accepting sweets, cakes, and biscuits in the office while slimming, to keep up appearances.

However, it also emerged one in eight (12 percent) have given up on a weight loss plan due to feeling lonely.

More than a quarter of solo dieters found it difficult to motivate themselves (28 percent), or said it was easy to go off track as “no-one would know” (27 percent).

Of those who had previously tried to lose weight in secret, 38 percent would tell everyone about their weight loss attempt in the future, and another 32 percent would be happy to share with anyone who asked.

The research, carried out via OnePoll, found one in three respondents said that witnessing the dieting success of other slimmers was a key benefit of trying to lose weight as part of a group.

And 34 percent believe a benefit of losing weight with others is the element of healthy competition, and the chance to show off the efforts they are willing to put in to reach their goals.

“We know it’s the shared motivation, plus feeling valued, cared for, and understood, which act as a powerful and positive incentive to lose weight, and to keep going if you’re struggling.