He proudly showed off a new, drastically different physique.

Wearing the same shorts, they looked far, far tighter in the before picture.

The 25-year-old man detailed exactly how he lost the weight.

So what weight loss rules did he follow? The young man wrote that he went though “five months of 1500 calories a day, HIIT sprints, gruelling workouts, and not eating after 7 pm.”

It seemed that he followed a keto style, low-carb weight loss diet, as he detailed what he ate in one day.

He revealed that for breakfast he ate “10 egg whites with a little salsa and 1/2 cup of oatmeal with 1/2 cup of frozen berries.”

As a mid morning snack he had a protein bar before having a protein heavy, low fat lunch of “10 oz chicken breast and as much broccoli as (he) wanted”. 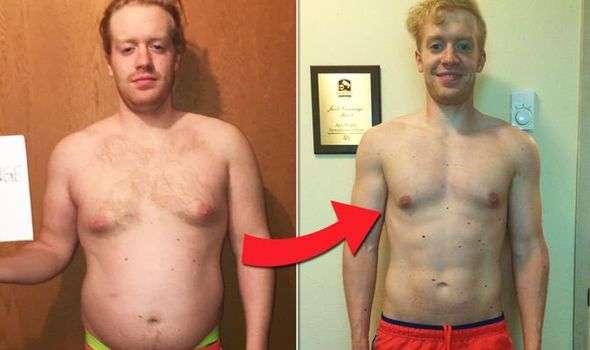 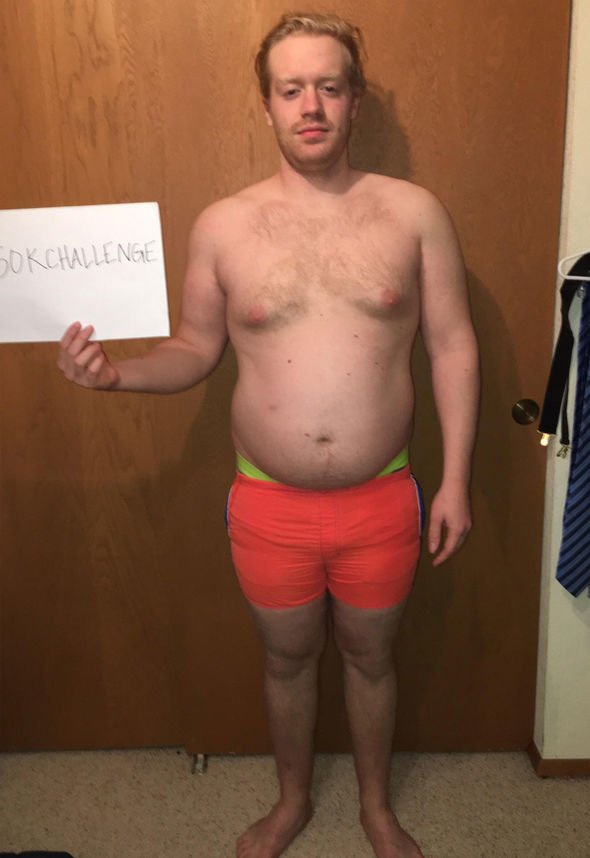 As an afternoon snack he had a protein shake before having “4 pieces tilapia, 1/2 cup of quinoa, unlimited asparagus, and 1/2 an avocado” for dinner.

“A wise man much buffer and more tan than I’ll ever be once told me, ‘if it tastes good, spit it out.’ Best weight loss advice I’ve ever gotten,” he wrote.

He is not the only internet user to lose a huge amount of weight following a weight loss diet plan. 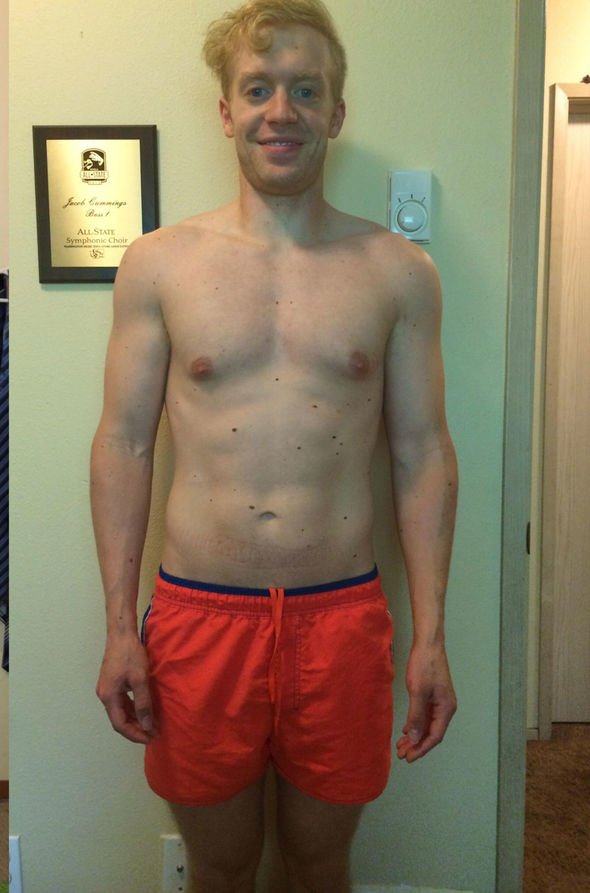 The slimmer posted pictures of her before and after losing nearly 9st and revealed what she did to complete her transformation.

As well as sharing pictures, “iratesnail” said she is 28-years-old and 5ft 6lb.

She explained her weight loss was achieved by following the low-carb and high-fat keto diet.

How to lose weight has been explained by personal trainer at Ultimate Performance, Aroosha Nekonam.

She said: “The cornerstone of fat loss and weight loss comes down to creating a calorie deficit through proper nutrition and exercise.”