When it comes to menopause, weight gain can be a common factor shared by many women over the age of 50. It usually tends to gather around a woman’s midsection, but excessive weight in this region can pose other health risks.

Visceral fat, which is internal fat, causes a person’s belly to stick out and is wrapped around internal organs, including the liver and intestines.

In order to avoid gaining those extra unwanted pounds, experts have found that women should start preparing to tackle it before they hit the midlife change.

A new study published in the journal Menopause, has suggested that the best way for women to avoid menopausal weight gain is to begin early.

They can do this by making substantial changes to their calorie intake and exercise regimes before the transition itself. 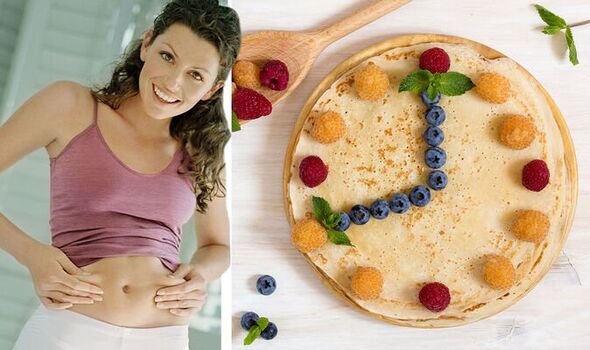 This period is referred to as perimenopause and it usually begins when a woman is between the ages of 30 and 44.

Alongside weight gain, other symptoms such as hot flushes, sleep disturbance and mood changes are results of a decrease in oestrogen levels, according to the North American Menopause Society (NAMS).

The number of calories a woman needs to maintain her body weight also significantly decreases during menopause, along with lean muscle mass.

Abbie Smith-Ryan, a co-author of the study and associate professor of exercise physiology at the University of North Carolina, said: “Our key findings highlight some existing evidence that perimenopause is a crucial time point to initiate lifestyle changes [that have] the potential to dramatically improve health and quality of life in postmenopause.”

The researchers noted: “This suggests that the menopause transition stimulates the changes that later solidify after menopause.”

Not only that, but when women hit perimenopause, they begin to lose metabolic flexibility.

This refers to the body’s ability to alter metabolism in response to exercise and available fuel (energy) to burn. 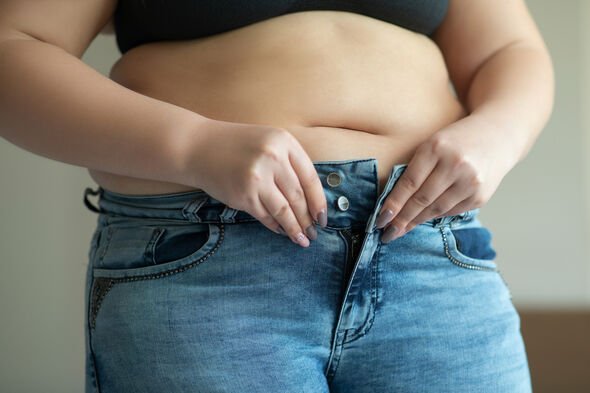 This made it clear to the researchers that this time period is “the best window” to start implementing new lifestyle interventions.

From looking at the results, associate professor of epidemiology at the University of Pittsburgh Graduate School of Public Health in Pennsylvania, Samar R. El Khoudary, said: “The results suggest that there are differences in metabolism that are related to exercise according to menopause status.

“The findings are in agreement with data from longitudinal studies showing perimenopause as a critical window for body composition changes compared to postmenopausal women.”

Despite not being involved in the research, Dr Stephanie Faubion, MD, internal medicine doctor at the Mayo Clinic and medical director of NAMS, said: “The classic scenario is that women will come to us during this time and say, ‘I haven’t changed anything.

“‘I’m eating and exercising just like I always have, but I’m gaining weight.’

“And the response is, ‘Exactly! If you don’t change anything during this time, you will gain weight.'”

She added: “These changes in metabolism and fat distribution are important to pay attention to in part, because they contribute to the increase in cardiovascular risk associated with menopause.”