Gordon Ramsay is a British celebrity chef and restaurateur. His restaurants have been awarded a total of 16 Michelin stars and currently hold a total of seven. Recently he caught a lot of attention from fans, after his incredible 3st 8lb weight loss, just six pounds away from a four stone weight loss.

He may be an expert in cooking food but the chef has opened up about his struggles to stay healthy.

Although many people may choose to cut back on how much they eat when trying to lose weight, the chef did the opposite.

Surprisingly, the chef – who is dad to Megan, 21, Jack, 19, Holly, 19, Matilda 17, and four-month-old Oscar – revealed he had managed to lose weight by eating more meals.

Gordon explained how weighing in on the scales at 18 stone affected his confidence and how he wanted to look good for his wife, Tana who is an author of cookery books and a TV broadcaster. 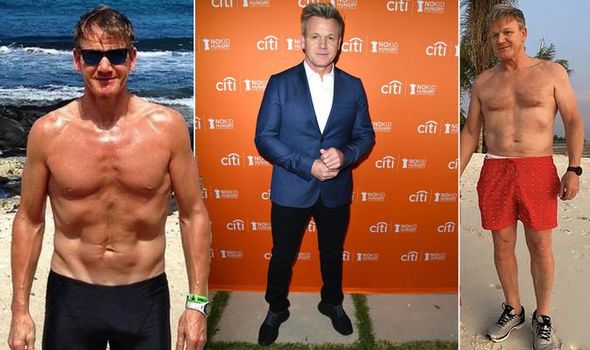 Previously speaking on The Today Show, Gordon shared how he managed to shift his weight.

“There’s nothing worse than eating dinner at 5:30 and then having to get up and cook for three hours.

“I like to keep on my toes and eat small bits. Almost like in Hong Kong – four or five times a day, small bowls of food.”

The chef explained how eating small and regular meals has benefited his transformation and help him to control his routine. He managed to slim down from 18 stone to a much healthier 15 stone.

In an interview with The Times, he said: “Tana was not impressed with the way I was.

“I was overweight, 18 stone. I didn’t have a figure. I didn’t feel that good. 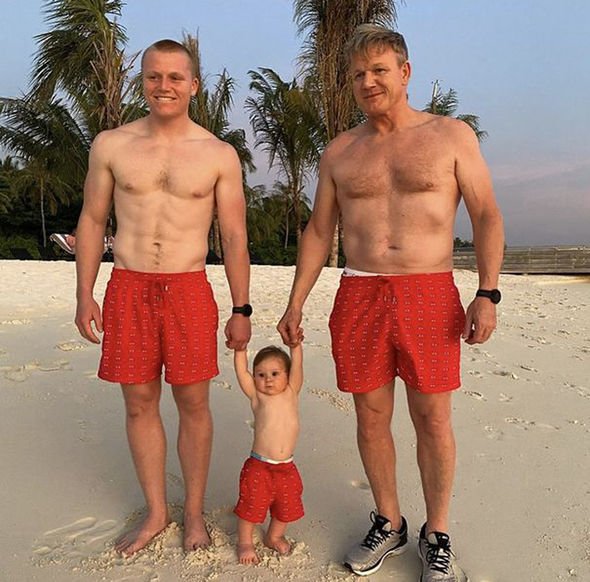 Previously, Gordon has shared his fitness journey with his social media followers.

He has shared a number of topless posts to reveal six pack abs. In an Instagram post in February, the chef shared a photo on a beach with two of his children.

Fans were quick to comment on his physique under the snap which shows Gordon and his two sons, Jack and Oscar wearing red swimming shorts, he wrote: “New shorts for Christmas.”

One fan commented on the post to say: “Gordon how are you still looking ripped.”

“Bro Ramsey got them abs,” another commented.

A third fan said: “Best you have ever looked! Way to go Gordon.”

Another celebrity chef to have gone through a weight loss transformation in recent years is Tom Kerridge, who might be known for working on shows such as Great British Menu, The Food Detectives and Tom Kerridge: Lose Weight For Good.

Over the past five years, the 46-year-old has shed 12 stone and has transformed the way he eats with the ‘dopamine diet’, a diet he is known for.

The dopamine diet is based around the idea of increasing levels of the ‘happy hormone,’ as well as losing weight. There are many foods thought to boost dopamine, such as fruit and vegetables, nuts, dark chocolate and eggs.

Tom also has gained two Michelin stars through his pub the Hand and Flowers in Marlow, and explained that as well as sweet treats and carbs he also cut alcohol from his diet to lose the weight.