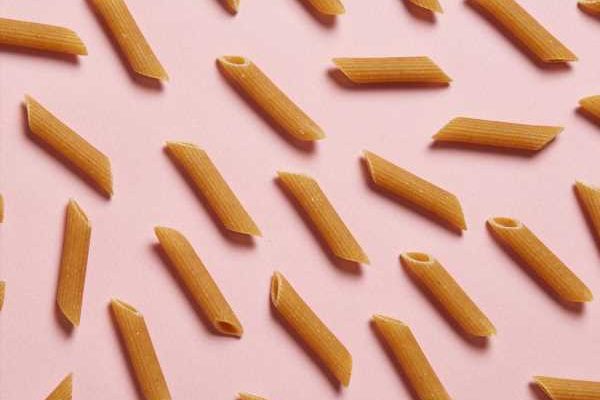 Subscription meal kits like Blue Apron and HelloFresh, which deliver portioned ingredients and recipes for making meals, were once touted as the future of food. But so far, they haven’t lived up to that hype: In recent years, many top brands have had financial problems and disappointing sign-up rates.

While many customers balk at the cost, others avoid meal kits because of the perceived environmental impact of all that extra packaging. But a new study published in the journal Resources, Conservation and Recycling may assuage some customers’ guilt; it finds that the average meal sourced from a grocery store is responsible for 33% more greenhouse gas emissions than an equivalent dish from a meal kit.

“When we’re talking about meal kits, we tend to focus on plastic and packaging,” says study co-author Shelie Miller, a professor of sustainable systems at the University of Michigan’s School for Environment and Sustainability. “We need to take a much larger, system-level view to really look at everything, from when things are produced all the way to when they’re disposed. When you take that view, the environmental impacts often are surprising.”

Miller and her colleagues found that, environmentally speaking, certain benefits canceled out the excessive packaging that comes with subscription services. Meal kits significantly cut down on food waste because each ingredient was precisely measured, according to the study.

To reach that finding, the researchers assessed the environmental impacts of five different meals from Blue Apron: salmon, a cheeseburger, chicken, pasta and salad. (Blue Apron confirmed some of the researchers’ data for accuracy, but it did not fund or direct the study.) The researchers used data about the environmental costs of different types of food production, the fuel needs of delivery and more, and assumed that most delivery services produced similar levels of emissions.

Next, they went to a grocery store and bought each ingredient needed to make the meal-kit recipes. They then used the U.S. Department of Agriculture’s food waste rate estimates to approximate how much of the leftover food and ingredients would end up being thrown out by the average American household. Finally, they compared various aspects of grocery-store versus meal-kit dishes, including food waste, energy requirements, emissions from transportation and more.

Only the cheeseburger meal kit produced more greenhouse gas emissions than grocery store equivalents, largely because some of the ingredients in the kit weighed more than those purchased at the grocery store. (Miller notes that the environmental burden of producing beef is high no matter how it’s purchased.) Overall, meal kits were significantly more sustainable than grocery-store meals, mainly because they produced less food waste, the researchers found.

“We waste somewhere between 30% to 40% of the food that we produce, which is just a mind-boggling number,” says study co-author Brent Heard, a PhD candidate at the University of Michigan’s School for Environment and Sustainability. “This study really motivates the need to carefully consider the food that we’re purchasing, and how we’re using the food that we buy.”

Meal kits have a few sustainability benefits beyond reducing food waste, the researchers say. It is environmentally more friendly for a delivery truck, which is filled with other packages and driving an optimized route, to deliver food to consumers’ doorsteps, rather than having each person make an independent trip to the grocery store, Heard says. The cooling packs included with meal kits are also easier on the environment than refrigeration used in retail stores, the paper says.

Those findings might be surprising to consumers, which highlights the importance of considering the entire lifecycle of a product, instead of focusing only the parts that are obvious, Heard says.

“When we think about objectives likes minimizing environmental impacts or climate change mitigation, it’s important to understand the impacts that are occurring in the food system,” Heard says. “A lot of times, they’re largely invisible to the consumer.” Tangible factors like plastic and packaging aren’t always the most important, even if they’re the easiest to conceptualize.

“So many people are feeling guilty because of the plastic and packaging that [meal kits] are creating,” Miller says. “That is not to minimize that there are environmental impacts associated with plastics and packaging waste. But [consumers should be] thinking about things more mindfully in a systematic context.”

Consumers of all kinds — whether they’re meal-kit subscribers, supermarket shoppers or both — need to do a better job of using the food that they buy, Miller says. She recommends resisting impulse buys and over-purchasing, strategically planning meals so that ingredients are used for multiple purposes and being realistic about the types and quantities of food you’re likely to consume. Consumers should also educate themselves about what food labels mean and when products actually go bad, since research suggests that many people throw away food unnecessarily.

“Don’t buy things you won’t eat,” Miller says. “It sounds so simple, but so many of us end up with that half-bag of lettuce in the refrigerator that just ends up going bad.”