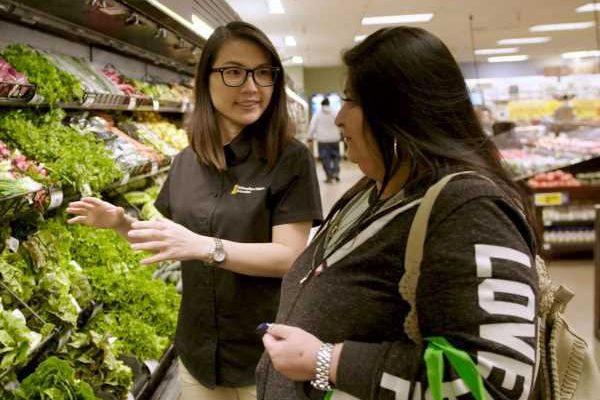 When James Beard award-winning chef Michel Nischan opened a restaurant in New York City with his wife in the ’90s, he didn’t think much about whether the food he was preparing was healthy or not. Then his son, Chris, was diagnosed with type 1 diabetes at a young age.

“It completely changed our food strategy at home,” Nischan says. “I started learning about the social determinants of health, and learned that there were 15 million Americans struggling with type 2 diabetes—the kind that can be prevented and reversed through food.”

Recognizing the barriers to good health.

While Nischan soon realized that so many diet-related health problems—heart attacks, obesity, stroke, joint failure—could be prevented or improved through a good and healthy diet, he also realized that people struggling to put food on the table couldn’t possibly afford the fruits and vegetables they needed to eat healthily.

“People on food stamps can’t afford vegetables,” he says. “They can’t afford the basic tools to create a meal plan at home. Every single human has the right to put really good food on the table, and poverty should not be a barrier to that.”

Nischan founded Wholesome Wave in 2007 in order to help reverse the $1 trillion spent on diet-related illnesses each year and to help get healthy foods in the hands of the Americans who need it most. He started with something called SNAP Double, a nationwide program that doubles the value of food stamps when you spend them on fruits and vegetables.

Next, the nonprofit started doling out fruit and vegetable “prescriptions” to low-income patients at a high risk for diet-related diseases. By pairing up with hospitals, clinics and participating grocery stores or farmers’ markets, Wholesome Wave made it possible for at-risk individuals and families to afford produce each month.

Letisia Paiz is a Produce Prescription recipient in Idaho. She is a single mother whose Wholesome Wave prescription is a $50 reloadable card that can be redeemed at the grocery store for fruits and vegetables each month. She also has access to a nutrition educator who can help her identify and learn to cook with healthy foods she buys with her card.

“It helped me with my groceries and helped my children get on the right track with their diets,” Paiz says. “It makes me feel good to know they’re eating healthy and getting the nutrition they need. We’ve seen the difference. It helped me and my daughter lose weight, and it benefits the whole family.”

“People who struggle with poverty will make a healthy food choice if they can afford it,” Nischan says.

Wholesome Wave’s produce prescriptions vary slightly in different areas of the country. In Tampa Bay, Florida, for example, the preloaded cards are tailored to help seniors prioritize fruits and vegetables over the junk food or freezer meals that are cheaper, but less healthy.

“Now I can get fresh vegetables instead of canned,” says program participant Carolyn Kobasko. “It gives you a good opportunity to change your diet, eat proper foods and maintain your health.”

According to Nischan, making that choice—instead of having it made for you—is a fundamental American right. “The ability to make your own choice is something that has been stripped from anyone who relies on food stamps,” he says. “Now, when these folks go into a grocery store, they can choose anything they want—it’s not just whatever we decide to put in the bag. It’s not a handout. That’s what this program looks like on the ground: it looks like choice.”

This article originally appeared on EatingWell.