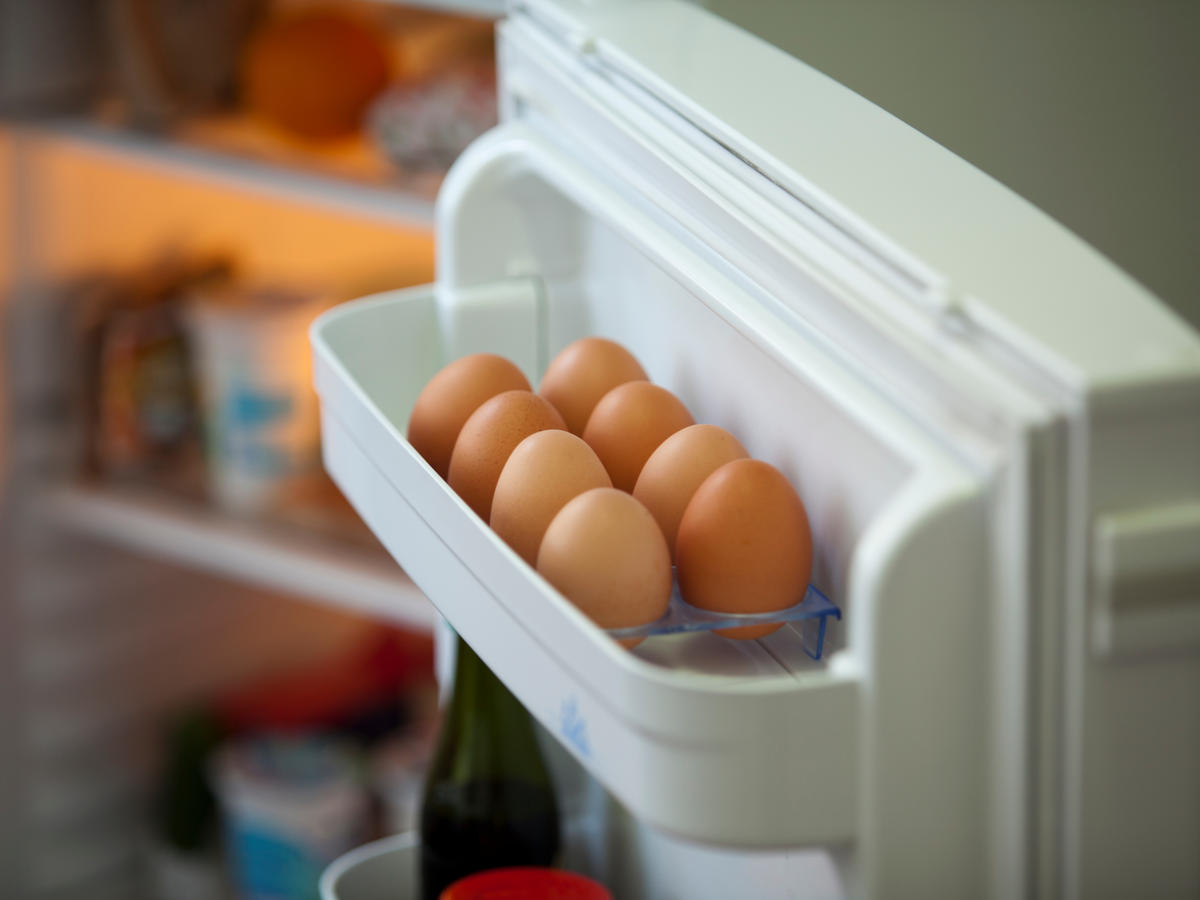 If you’ve ever endeavored to clean out your fridge, you’ve probably encountered some old food whose “best by” date suggests it would be downright toxic to consume. Maybe you’ve picked up a carton of milk on its date of expiry, given it a quick sniff, and wished you had the courage to drink it instead of dumping it down the drain.

Well, if you’ve ever suspected that the dates stamped on food products might be B.S., Scott Nash is about to become your new champion. For the past year, the Maryland father and founder of MOM’s organic market has been on a crusade, eating a range of foods past their listed “best by” or “expiration” dates to prove that most of the food we throw away is in fact perfectly safe for human consumption.

In Nash’s estimation, Americans waste an inordinate amount of food because they’re confusion about the dates’ meaning breeds excessive caution. “Most of the food that gets discarded is due to these arbitrary and confusing dates” he told WTOP. “They are very vague. What does ‘expire’ mean? There is ‘best by,’ there is ‘sell by,’ ‘best if used by.’ I just think that there is no consistency, and that it is creating confusion.”

Though initially inspired by expired yogurt (which he used to make a perfectly normal smoothie), Nash has since explored the furthest frontiers of expired foods and lived to tell the tale. He ate ground beef that was fifteen days past its expiration date. Buttermilk that supposedly “went bad” after August 31st  found its way into pancakes during the holiday season. In a move that truly pushed the envelope, Nash ate romaine lettuce that was recalled over E. coli concerns and managed to remain among the living.

Is Nash still in good health solely because he’s got a cast iron stomach? Hardly. The expiration or sell-by dates you see is more often a guide for grocery stores rather than any kind of official food safety decree, as the FDA only requires food dates for infant formula.

Even then, some grocers see the dates as more trouble than they’re worth. “It’s a pain and it is customer perception,” Karl Hirschorn, owner of Open Door Market in Washington, D.C. told WTOP. “If I put a jar of peanut butter on the shelf with a label that says it is good for 15 months, and I get another delivery and put [it] at the back of the shelf, customers will dig to the back to get that one.”

That misperception is a huge factor driving food waste: a recent study in the scientific journal Waste Management found that consumers were more likely to discard food if they (incorrectly) believed that the dates conveyed an important safety message or were the product of federal regulation. There’s no doubt that these labels and our misconceptions about them are a driving force behind the $165 billion of food the National Resources Defense Council estimates Americans throw away each year.

So hopefully the tale of Scott Nash will convince us to hold onto more of the food that’s been languishing in our fridges and pantries. He’s living proof that patience with our food is possible, and perhaps necessary as we look to use our resources more efficiently. That yogurt may not be at its “best,” but nothing tastes as good as being a more responsible consumer feels.