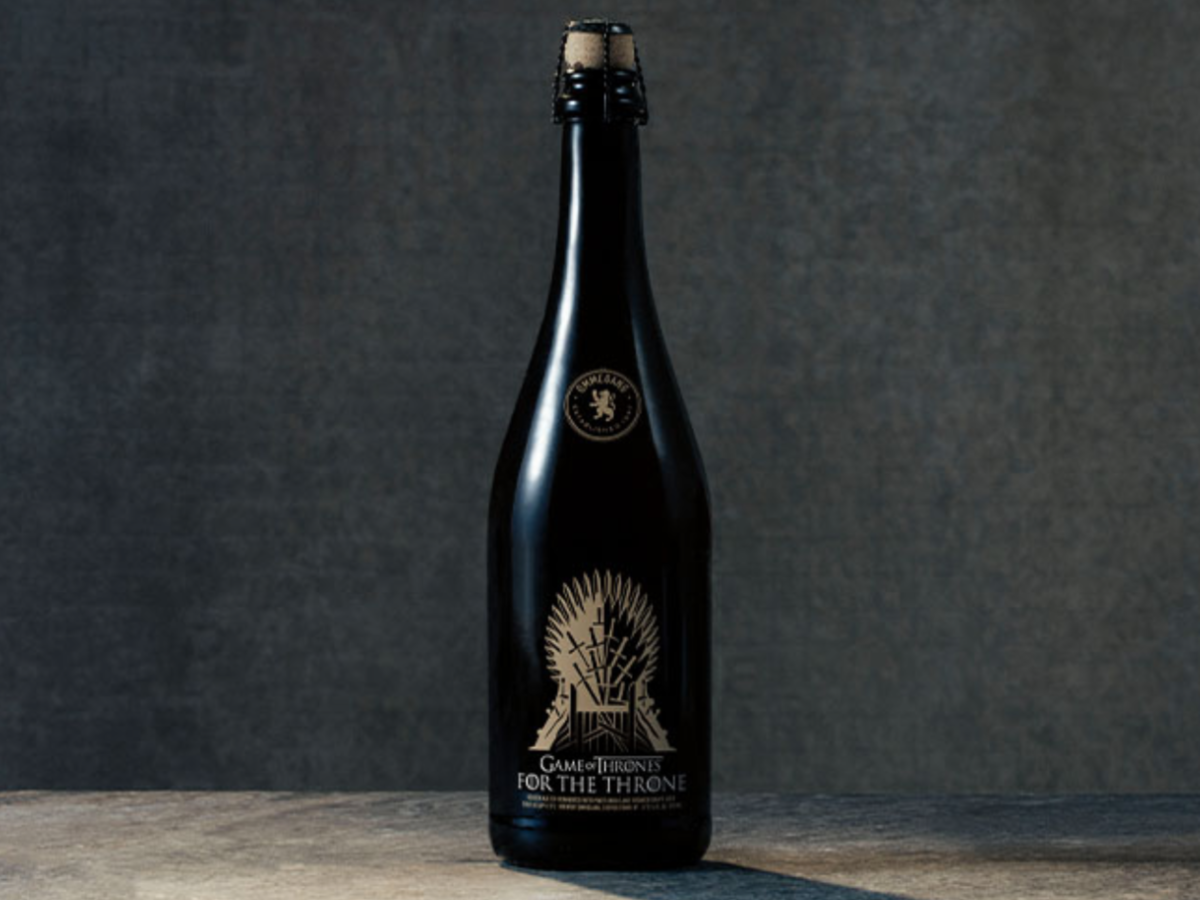 The final season of Game of Thrones won’t premiere until mid-April, but Brewery Ommegang is already promoting For The Throne, the New York brewery’s last in a line of GoT-themed beers.

This isn’t your run-of-the-mill grocery store beer, either: The golden ale is co-fermented with pinot grigio and viognier grape juices, and then bottle conditioned with Champagne yeast—so it’s pretty much fit for a queen. Or, you know, whoever the heck is sitting on the Iron Throne these days.

In the past, they’ve created a Cersei-themed sour blonde beer and a smoked porter and kriek for Daenerys, according to Thrillist.

Brewery Ommegang says the new 9.5% ABV ale has aromas of honeysuckle and toasted grain, notes of pear and apricot, and flavors of sweet malt and honeydew. We don’t know about all that, but we think it’ll pair well with soon-to-be-released Game of Thrones Oreos.

“Winter is here, the wall has fallen, and the final battle for Westeros is underway. With this offering, we have bent the traditional boundaries of beer-making, co-fermenting traditional ingredients with juices normally destined for fine wines, going to great lengths to create a truly unique, special beer,” says Brewery Ommegang president Doug Campbell. “This style of beer, often called a ‘oenobeer,’ is a rapidly expanding area of study for us. For The Throne is our first of co-fermentation beer of 2019, and the only one we’ve launched under the Game of Thrones banner.”

For The Throne will be available in select retailers starting March 8. Find one near you here.