It’s not every day that one of the most classic candies gets a bit of a makeover. Sure, limited-time offers and seasonal packaging seem to be pretty common, but a flavor that totally reinvents the original is few and far between…which makes the news of a potential marshmallow Reese’s cup even more exciting.
Over the years, the candy has been tweaked to use dark chocolate, white creme, and has even been turned into minis and Reese’s Thins for people who want something a little lighter. This new flavor blends that same classic combo of chocolate and peanut butter with something a little more unexpected: marshmallow-flavored creme.
These Reese’s “mallow-top” treats have not yet been spotted in stores, but Walmart already has a posting of them online proving they’re legit (we have also reached out to Reese’s for confirmation and will update this post when we hear back). The packaging included in the photo on Walmart’s website does show some subtle Easter egg and grass imagery, so this may be a hint that Reese’s Mallow-tops will be available sometime in the spring of 2021 ahead of the holiday. This would make sense since sweets like Peeps are so popular around the springtime.
If the past few months are any indication, there’s a high chance that we’ll be seeing these Reese’s popping up in stores sooner rather than later. After the year we’ve all had, the holidays are something to look forward to and considering we were talking about Thanksgiving and Christmas back in August, the hype for St. Patrick’s Day and Easter is probably right around the corner. No complaints here! 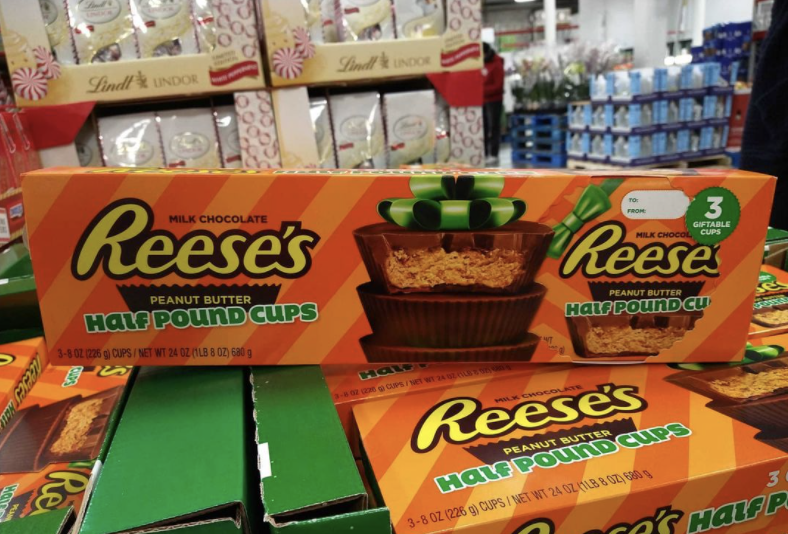