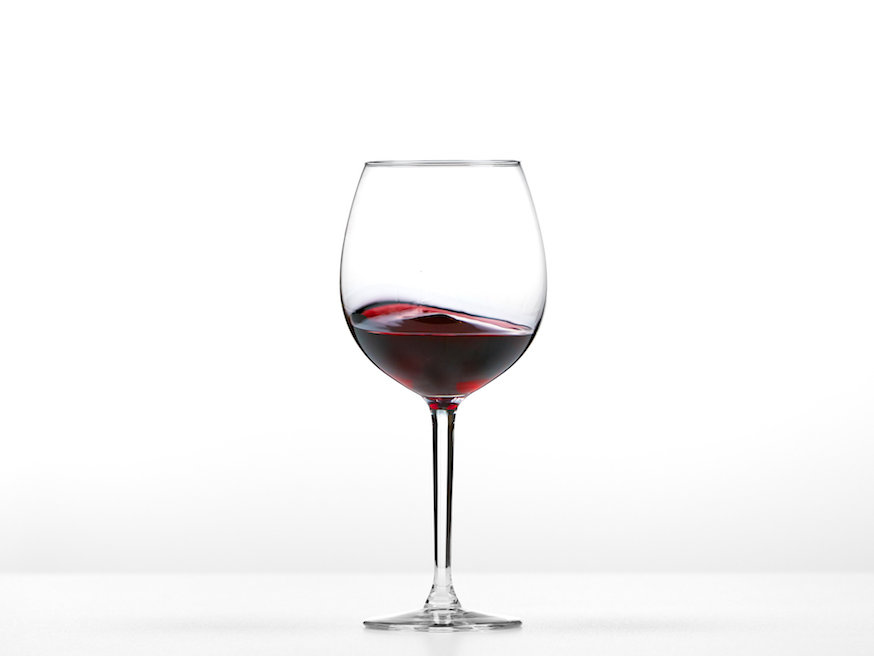 A friend recently showed me a photo on her phone that she’d snapped the night before at a wedding. A fellow guest was sipping on red wine, but an unexpected accessory was sticking out from the top of her glass. “It kind of looked like a tampon or fly swatter, but it was a little wand that supposedly prevents wine hangovers,” my friend explained.

After some Googling, we found it online: The Wand from Pure Wine claims to use patented technology to soak up histamines and sulfite preservatives from both white and red varieties, so those with a histamine sensitivity or intolerance are less likely to experience annoying next-day symptoms like headaches, congestion, and flushed skin. (It’s sold in a pack of eight for $20 on amazon.com or a pack of three for $10 on bedbathandbeyond.com, or about $2 to $3 per wand.)

The wands are disposable, meaning a pack of eight can be used in eight glasses of wine. You’re instructed to let the wand “steep” in your glass like a tea bag for three minutes, then swirl it around before removing. If you’re confident enough to rock The Wand in your wine glass (and ignore confused stares from strangers), the idea is that you’ll literally sweep up inflammation-causing histamines from your beverage, and you won’t regret drinking it the next morning.

Online reviews seem to back up the claims. “This is the answer to feeling bad after your favorite glass of wine—no more flushing, night sweats, headaches, fuzziness, [or] next day blah,” writes one reviewer. Another raves that they can “finally drink wine again.”

Although the reviews are compelling, the science behind histamines and sulfites is, well, fuzzy.

“Histamine is a naturally occurring substance produced by cells in the body like mast cells and basophilis—as such, there is no allergy to it,” says Julie McNairn, MD, an allergist-immunologist in Ithaca, New York. Histamine is also present in many foods and drinks, wine included. “There have been suggestions that the inability to metabolize histamine may result in a sensitivity, however, this has not been proven clinically or scientifically.”

More research is also needed on the effects of sulfites in wine, she adds. “Some people are sensitive to sulfites, which may cause itch or rash,” Dr. McNairn says. “Sulfites are used in preservatives for many foods as well and often the affect is not proven when tested in a blinded fashion.”

In a previous column for Health, our contributing medical editor Dr. Raj acknowledged that red wine can contain histamines, which may hard for some people to metabolize. But she also pointed out that wine hangovers could have another culprit: tannins. “Research has also shown that the tannins in wine may boost production of the brain chemical serotonin, and changes in serotonin levels can trigger headaches in migraine sufferers,” she explained. They’re found more often in red wine, although lighter varieties like pinot noir have lower levels.

Still, I was intrigued. Wine hangovers are a pain, and as someone who enjoys having a few glasses on weekends, I’m willing to try anything to ease the next-day sluggishness. Luckily, I had an opportunity to test The Wand this past weekend at a dinner with friends where I knew we’d be sharing a few bottles. I followed the instructions and swirled The Wand in my first two glasses of vino (although I admittedly got a bit lax by glass three—oops). I did a “test sip” first to confirm that The Wand doesn’t affect the taste of the beverage.

The next morning? I wasn’t not hungover, but certainly could have felt worse. I also could have been more diligent about using The Wand throughout the night. I found it tricky to keep up with at a big dinner, since I didn’t have enough wands to use each time the waiter topped off my half-empty glass.

Important to note: “Hangovers are not caused by sulfites, but by the alcohol itself, which is dehydrating,” says Dr. McNairn. And while some people may be more sensitive to the histamines in wine, more research is needed to know for sure how they affect your body. With this in mind, the surest way to avoid feeling like crap the next day is to pace your intake, alternate alcoholic drinks with glasses of water, and not overdo it to begin with.

But if you suspect you might be particularly sensitive to wine, or frequently get stubborn hangovers even after just one or two glasses, it doesn’t hurt to try The Wand for yourself.