As with all great deals, we have a bit of red tape to go over. (Just imagine I’m doing this like the quick voice at the end of commercials.) This offer is valid at participating locations while supplies last. You’ll also have to hit $15 before any fees to be eligible for the deal. There’s also a limit of one deal per person, so make it count!! Delivery and service fees will also apply. But that’s about it!
In case you’re still scratching your head about what to order to hit that $15 minimum, you should know that while technically McDonald’s rolled out one new chicken sandwich, it can be served three different—but equally delicious—ways.
First up is the classic version, which is topped with crinkle-cut pickles and served on a new toasted, buttered potato roll. Of course, the chain also has its very own version of a Spicy Chicken Sandwich. It’s served with a Spicy Pepper Sauce and crinkle-cut pickles on a toasted potato roll. Finally, for those who are feeling a little bit extra, there is the Deluxe Chicken Sandwich. It’s served with shredded lettuce, Roma tomatoes, and mayo. One of all three should get you to the limit easy peasy…and probably be your lunch for the next few days. 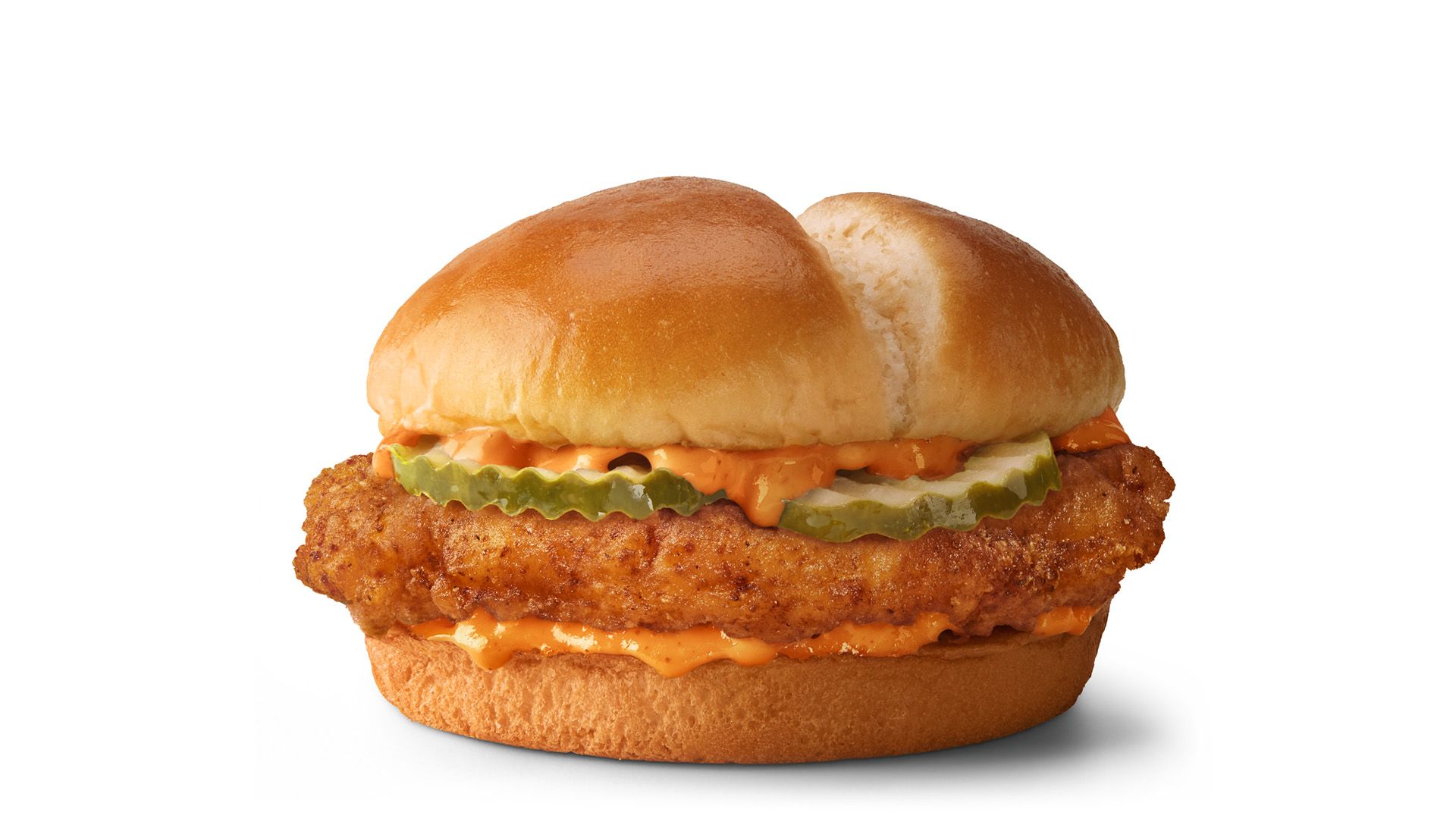