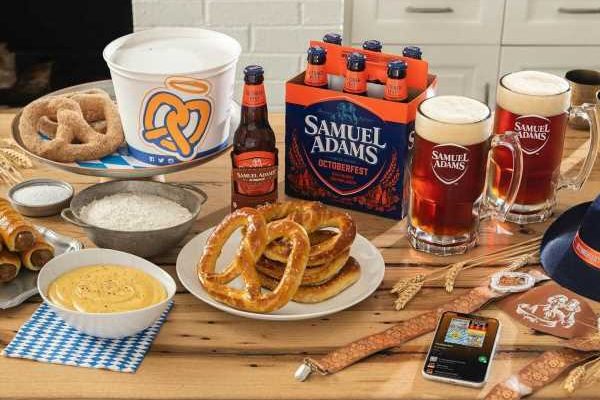 Every year, millions of visitors flock to Munich, Germany, to participate in Oktoberfest celebrations, drinking tons of beer over the course of a couple of weeks. The Theresienwiese fairgrounds become packed with beer tents, amusement park rides, and stalls selling delicious German foods for the 16 to 18 days of festivities, and this major event finds its way on many beer-lovers’ bucket lists.

Of course, you can find Oktoberfest celebrations around the world and across the United States now, but many have been canceled this year due to the coronavirus pandemic. Despite the name, Oktoberfest actually starts in September (the main event in Munich typically lasts from mid- to late September until the first Sunday in October), so it’s nearly time to celebrate.

Germany’s most famous Oktoberfest celebrations might be on hold this year, but don’t put your lederhosen away just yet. While you might not be able to sing, dance, and raise a stein full of beer at Munich’s beloved festival this year, beer brand Samuel Adams and pretzel maker Auntie Anne’s have teamed up to give you the ultimate Oktoberfest at home — complete with pretzels and beer, of course.

WATCH: Why You Should Salt Your Beer

Have your own socially distant DIY Oktoberfest with the limited-edition Oktoberfest at Home Kit, a collaboration from Samuel Adams and Auntie Anne’s that brings the celebration to you. The kit includes a six-pack of Samuel Adams OctoberFest beer, an Auntie Anne’s DIY pretzel kit, four hats, four koozies, four suspenders, two steins, curated Oktoberfest-inspired recipes, and more. You can purchase the kit online for $89 starting Monday, Sept. 14 (while supplies last), just in time to celebrate the annual event.

Tune into Spotify’s Oktoberfest playlist, pop those pretzels in the oven, pour a stein of beer, and you’ll have the perfect at-home celebration (and inspiration for your next time in Bavaria).