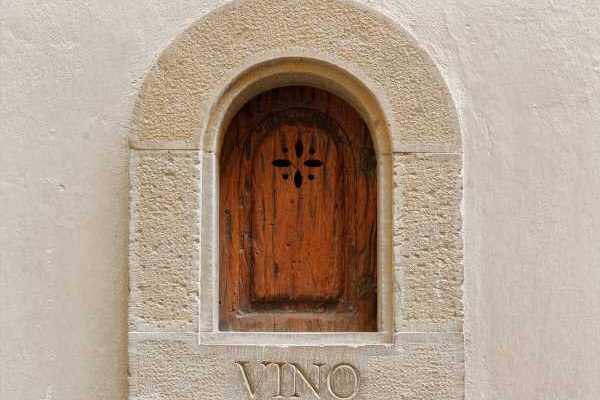 According to Google Trends, the phrase “social distancing” was essentially unheard of before March—but Google Trends doesn’t go back to the 1600s. After the Plague swept through Florence in 1634, scholar Francesco Rondinelli wrote about one of the Italian city’s coping mechanisms: tiny wine windows that allowed merchants to pass vino through a small hole in the wall to avoid direct contact with clients.

Cut to 2015, three Florentines launched Associazione Buchette del Vino—aka, the Wine Windows Association—to catalog this historical phenomenon for future generations. Five years later, as a modern pandemic has swept through the city, not only are these windows topical, some are once again being used for their intended purpose.

The Wine Windows Association says no official tabs were ever kept on the number of apertures in the city, but they’ve been conducting their own census—a tricky task as many have been covered up or removed—and about 150 exist inside Florence’s old city walls, while another 100-plus have been cataloged beyond the walls and throughout Tuscany, the region to which the windows are apparently unique. (A list and maps can be found on Buchette del Vino’s website.)

“The wine windows gradually became defunct, and many wooden ones were permanently lost in the floods of 1966,” Matteo Faglia, one of the association’s founders, told the site Insider. “We want to put a plaque by all the wine windows, as people tend to respect them more when they understand what they are and their history.”

How many are once again in use due to COVID-19 is a different count entirely. "Just one wine window was active before Covid-19. There are four at the moment," Faglia told Food & Wine. Reportedly, several that have reopened since the outbreak of coronavirus, aren't just serving wine, but also food and other beverages. “The owners of the wine window in Via dell’Isola delle Stinche at the Vivoli ice cream parlor in Florence have reactivated their window for dispensing coffee and ice cream, although not wine,” Diletta Corsini, another association co-founder, wrote in an article back in May. “Two other nearby wine windows, that of the Osteria delle Brache in Piazza Peruzzi and that of Babae in Piazza Santo Spirito, have taken us back in time by being used for their original purpose—socially-distant wine selling.”

A post shared byOsteriadelleBrache_Firenze (@osteriadellebrache_firenze) on May 9, 2020 at 4:51am PDT

In the case of Osteria delle Brache, you can also grab cocktails like an Aperol spritz, a drink with plenty of Italian history, though not quite all the way back to the days of the Black Death. The results certainly make for a killer modern Instagram op.

And though Buchette del Vino’s website doesn’t appear to get regularly updated, the group is also tracking wine windows almost daily on Facebook. In fact, back on July 30, the association proudly proclaimed, “Another hole reopened!” Turns out this horrible pandemic may also reignite and preserve an incredible Tuscan tradition.