Update, December 9, 2020: Back in July, Chrissy Teigen spilled the news that her mom, Vilailuck Teigen—affectionately known as Pepper Thai—was working on her very own cookbook. Pepper’s cooking acts as inspiration for many of the most well-known Cravings recipes, and her cookbook will share some of the recipes that made Chrissy fall in love with cooking. The best part of all is that it’s finally available for preorder on Amazon.
PREORDER NOW The Pepper Thai Cookbook, $29.99, amazon.com
The Pepper Thai Cookbook: Family Recipes from Everyone’s Favorite Thai Mom costs $29.99 and will officially be released on April 13, 2021. The chapters include a breakdown of different dishes for different occasions and feature titles like “Always Snacking,” “Salads but not Boring,” “Back Home in Koray,” and “Pepper’s Pantry.” Some of the pages will have recipes like Thai beef jerky, Son-in-Law Scotch Eggs, and Sweet Chile Jam.
Along with the recipes, the cookbook will include stories about when Pepper first moved to the United States and had to learn how to make Thai dishes with American ingredients and what it’s like living with her famous daughter. We truly can’t wait to try her dishes out and of course we’re looking forward to a more intimate look into the Teigen-Stephens household, too!
Original Post, July 30, 2020: Chrissy Teigen and her mom are a dynamic duo of sorts. They’re constantly riffing off each other on Instagram and they star alongside each other in Quibi’s Chrissy’s Court, but now Vilailuck Teigen, better known as Pepper Thai, is getting her time to shine with her very own cookbook.
Chrissy and Pepper work together in the kitchen often, and Chrissy draws a lot of inspiration from her mother’s cooking in her own dishes. On her site Cravings By Chrissy, some of Pepper’s dishes like gravy and scalloped potatoes are published for fans to try out for themselves.
Pepper also shares photos of her delicious meals on her Instagram page, @pepperthai2. This is where her skills really get to shine, and she shares photo of her traditional Thai dishes and even has “Culinary enthusiast” in her bio. She’s posted photos of huge platters of pad thai, moo ping (barbecue pork), and papaya salad with peanut butter.
https://www.instagram.com/p/CDJ_u3Op5ZZ/
A post shared by Pepper (@pepperthai2)
Just a few scrolls through her page and you’re guaranteed to get hungry, so knowing we’ll be getting access to even more of her cooking expertise in a cookbook is so exciting! Chrissy posted behind the scenes pictures from a photoshoot for the cookbook, where Chrissy, John, and the kids all participated. “Shooting mom’s MUCH ANTICIPATED cookbook/a telenovela entitled ‘no es mi mama!!’” Chrissy joked in her caption.
https://www.instagram.com/p/CDNIcC_JVdz/
A post shared by chrissy teigen (@chrissyteigen)
Chrissy also posted a photo with her mother in a now-expired Instagram Story that said “Shooting mom’s cookbook! It really encompasses everything I ate growing up Thai in an American household!”
People confirmed that Pepper’s cookbook will be available in Spring of 2021, so we’re officially counting down the days. Until then, I’ll be tirelessly scrolling through Pepper’s Insta page. 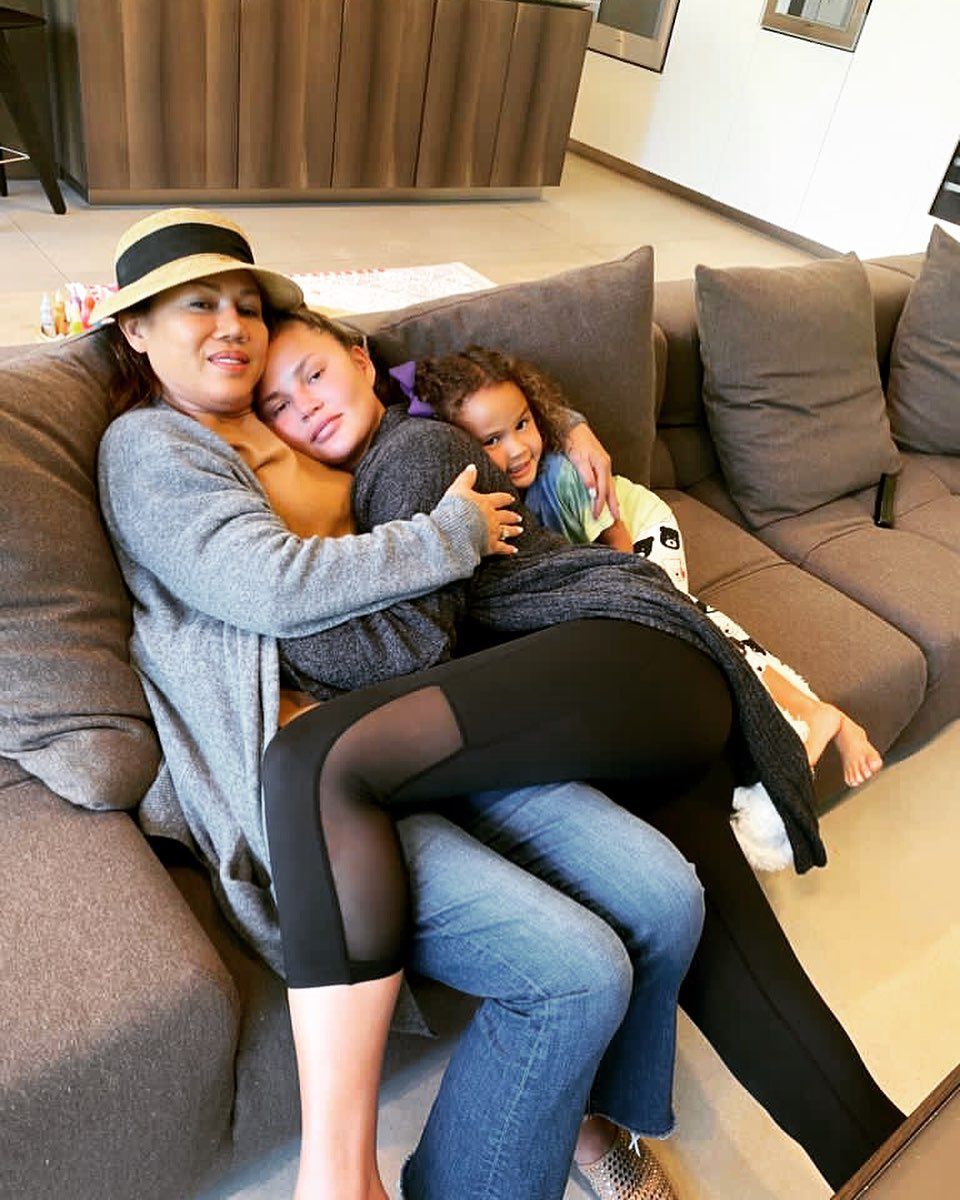