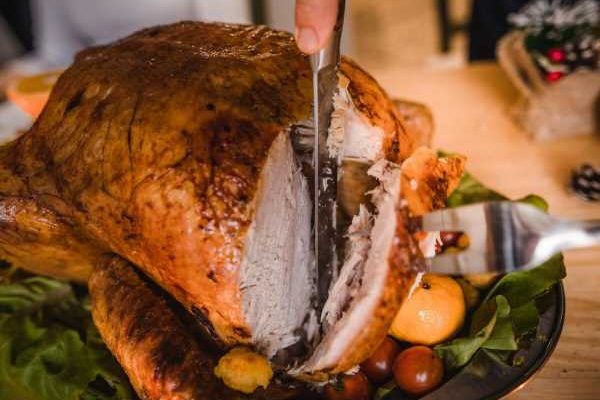 At the moment, a lot of heads of household are busy worrying about their Halloween plans and how the realities of an ongoing (and potentially worsening) pandemic might force them to change. After that comes Thanksgiving, and potentially even more difficult decisions about who’s invited and how much to cook.

For the farmers and businesses responsible for getting those Thanksgiving turkeys to market, that could mean an unprecedented shift in demand that they aren’t necessarily prepared for. With a survey from market research firm Numerator indicating that 70 percent of Americans plan to celebrate Thanksgiving dinner differently, it’s already looking like there will be far fewer consumers clamoring for the usual plump 16 to 20-pound bird meant to feed an extended family.

That would be just fine if turkey farms had the ability to stop and adjust course on a dime, but it’s simply not the case. Baby turkeys, known as poults, are often selected about a year in advance, and the work to fatten them up to market size can be a complicated endeavor that often begins many months in advance.

WATCH: How to Brine a Turkey the Best Way

“It’s not an industry in which you can quickly pivot,”John Peterson, whose family has owned Minnesota turkey farm Ferndale Market for 80 years, told The New York Times. “For us to have any meaningful impact on changing anything for Thanksgiving, those decisions had to be made in March or April.”

To compensate, some farms are slaughtering their turkeys a bit earlier to keep their size in line with expected consumer demand. Others are thinking about upping their orders of turkey breasts rather than full birds. Some are hopeful that the potential division of families into smaller Thanksgiving units could lead to the purchase of more birds overall.

“The silver lining is that people are actually interested in cooking. Almost half of consumers want to cook at home, and get better at it,” Mintel analyst Dasha Shor told the Times. “I can see more young consumers for the first time in their lives hosting a small Thanksgiving at home, and trying to roast their first turkey.”

Still, there’s no way of telling how many turkeys—and what size—will end up getting to market. That’s especially true if a resurgence in Covid-19 disrupts meat processing plant operations like it did during the spring. If having to buy a bigger bird than you need for Thanksgiving with your immediate family, at least the good news is you’ll be set on leftovers for a long while.