On Thanksgiving, Anderson Cooper recalled one of his fondest food memories and it involves the late, great Anthony Bourdain and a big pot of “Sunday Gravy.”
During his show Anderson Cooper Full Circle, Anderson played a 2015 clip in which New Jersey native Anthony cooked with him in his home and the pair whipped up some red sauce (yes, for some of us, especially those of us in New Jersey, Sunday Gravy means Sunday red sauce!). Before playing the full clip, as previously reported on by PEOPLE, Anderson said a few words about what Anthony meant to him.
“I was proud to call Anthony Bourdain a friend. Some of my favorite memories of him beyond his remarkable body of work on CNN and [on] other networks before us, was being with him in the kitchen,” he said, noting that Anthony would often try and teach him how to cook as he shared stories from his travels.
“He would also sort of torture me with dishes which I would normally never eat in a million years, and he loved to watch me squirm as I bit into like a pig’s aorta,” Anderson continued.
In addition to attempting to expand everyone’s—including Anderson’s—food horizons, Anderson said that Anthony never forgot where he came from.
“In Anthony’s 61 years he visited more than 80 countries, many of them multiple times, and he was really a citizen of the world, as well as a guy from New Jersey,” Anderson said.
The full clip is totally worth watching, as the two have a drink in the kitchen, Anthony shares his love for how Cap’n Crunch kind of cuts the roof of your mouth, and shares his theory that there are two types of people in America: “Those who come from New Jersey and admit it and those who come from New Jersey and are lying.”
“So measurements don’t really matter or you’re just so good you know the measurements?” Anderson asks, as Anthony adds a hearty splash of wine to the gravy. “I’m just so good,” Anthony says back as they laugh.
As the clip ends, Anderson comes back to say “It is so great to hear his voice. He is so, so missed by so many.” 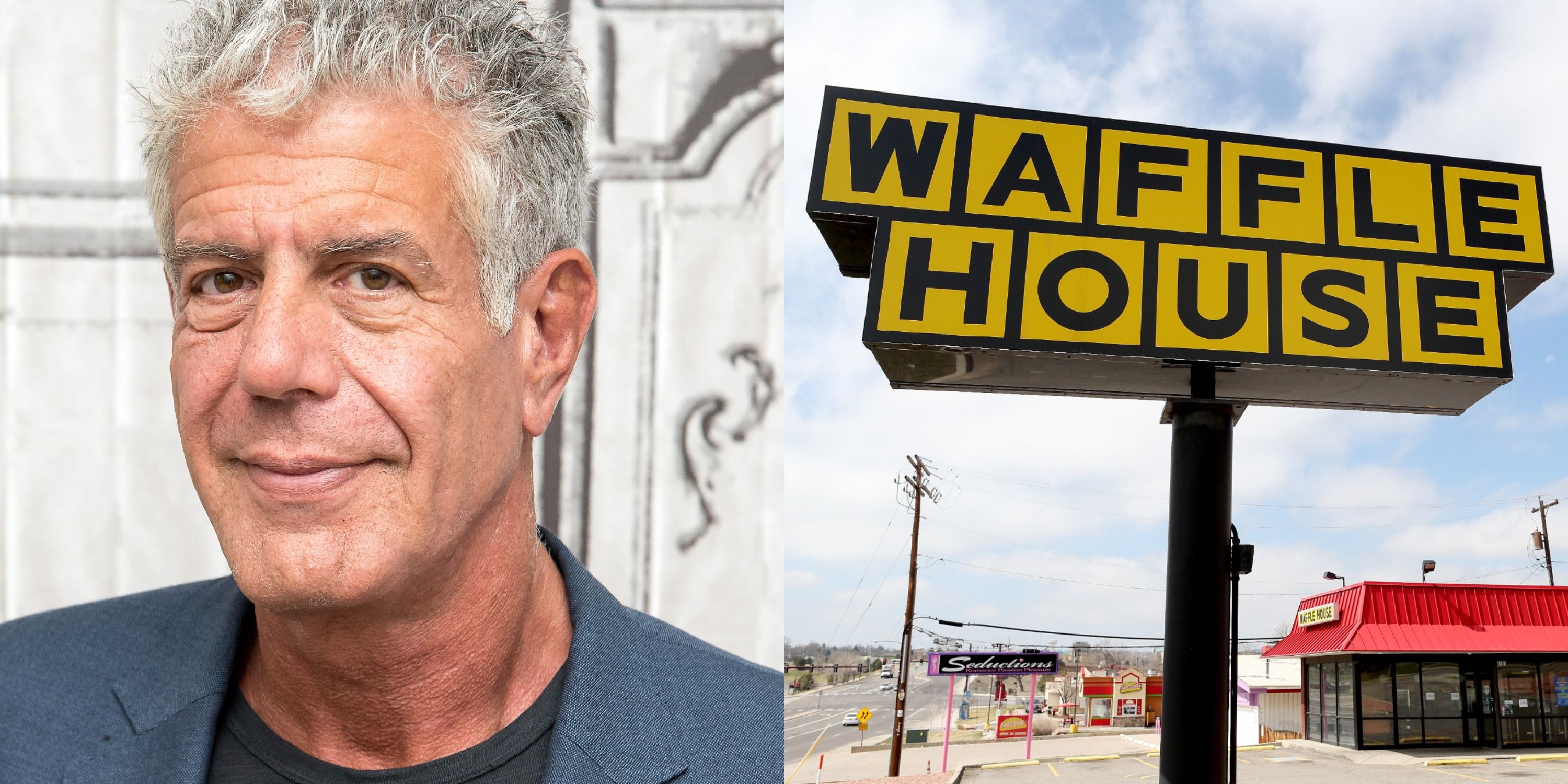