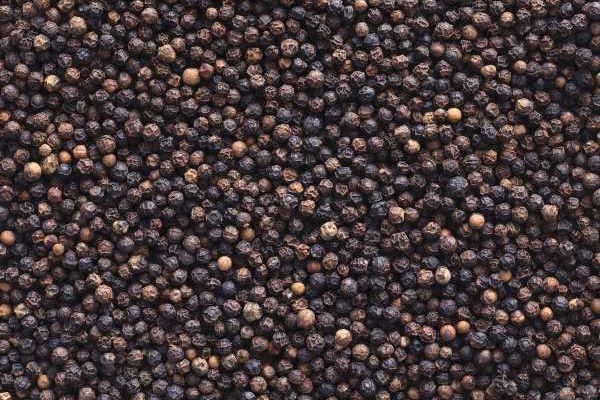 Peppercorns frequently pop up in recipes in need of a flavorful punch. But what the heck are they?

Peppercorns are berries that grow on Piper nigrum, a flowering vine in the family Piperaceae. They look like this on the vine:

The fruit (yes, black pepper comes from a fruit!) is most often dried and used as a seasoning. That shaker of ground black pepper you have in your pantry—or on your kitchen table next to the salt—was made from dried peppercorns.

There are three varieties of true peppercorns: black, green, and white.

So what about pink and Sichuan peppercorns? They certainly look the part, but they’re not actually related to the berries that grow on Piper nigrum.

The peppercorn is used to flavor foods in both its whole and its ground state.

Related: 16 Spices and Seasonings You Should Have in Your Kitchen at All Times

Black vs. Green vs. White Peppercorns

This is the type you’re likely most familiar with. Along with table salt, ground black pepper has long been one of the most used seasonings in American kitchens.

Black peppercorns actually start out as green peppercorns, they’ve just been cooked and dried in the sun.

To say that black pepper has a long and storied history would be the understatement of the century: It was once used as currency in Southeast Asia, and it was an essential part of the mummification process in Ancient Egypt.

Green peppercorns, which date back to prehistoric times, are unripe and uncooked black peppercorns.

These are often preserved in brine or vinegar and served in pickled form.

If you don’t have any pickled green peppercorns on hand, pickled capers make a good substitute. The pickling process gives both ingredients a tangy taste that isn’t present in their raw forms. It’s important to remember that they don’t taste exactly the same, however, so use your best judgment before you significantly alter a recipe. Capers have a strong citrusy flavor while green peppercorns are more, well, peppery.

Get the recipe: Green Peppercorn Sauce

You likely also encounter white pepper mostly in its ground state. Though many people think they’re interchangeable, ground white pepper is actually milder than its black counterpart. For this reason, you really shouldn’t substitute one for the other in recipes where the pepper’s flavor plays a strong role.

Get the recipe: Mashed Potatoes with White Pepper, Leeks, and Garlic