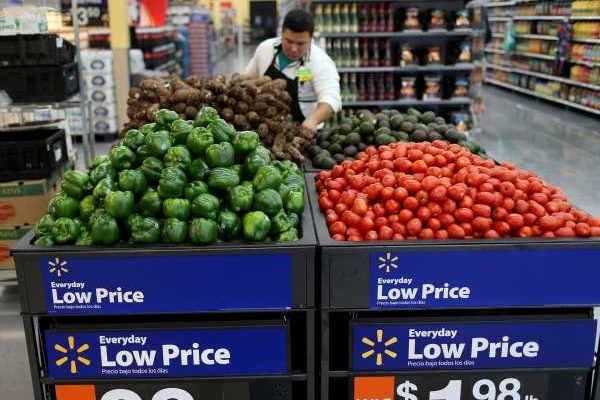 It wasn’t that long ago — only about three decades — when Walmart didn’t really carry groceries at all. Now, the retail giant sells more groceries than anyone else in the country, holding reportedly around 23 percent of the market. And yet, the grocery industry seems to be changing more now than ever before thanks to factors like Amazon’s purchase of Whole Foods and recent pushes from foreign players like Lidl. But clearly, after taking the grocery industry by storm, Walmart isn’t looking to cede back any ground, so it’s not surprising the brand continues to make major moves on one of the grocery world’s biggest battlefronts: delivery.

Walmart began aggressively increasing the areas where they offered grocery delivery last year. Then, just a couple weeks ago, a new twist: Walmart announced the launch of a new service, InHome Delivery, that will deliver items directly into customers’ homes when they aren’t there, including right into their refrigerators. Now, another new wrinkle: Walmart has also quietly added a new unlimited delivery option for just $98 per year, according to TechCrunch.

Called “Delivery Unlimited,” this new subscription service allows customers to forgo Walmart’s per order fees, helping the brand compete with similar programs like Amazon Prime or Instacart’s subscription program. Delivery Unlimited is priced at $12.95 per month or $98 per year, landing the program right in the same general cost as those annual services as well.

TechCrunch says Walmart refused to comment on the program which has not yet been formally announced. However, the retailer does have a FAQ page about Delivery Unlimited on its website. The only real revelation there is the scope of the service, with Walmart writing, “There's a good chance Delivery Unlimited is in your area.” If it is available near you and you’re interested in trying it, good news: You can start the program with a 15-day free trial.