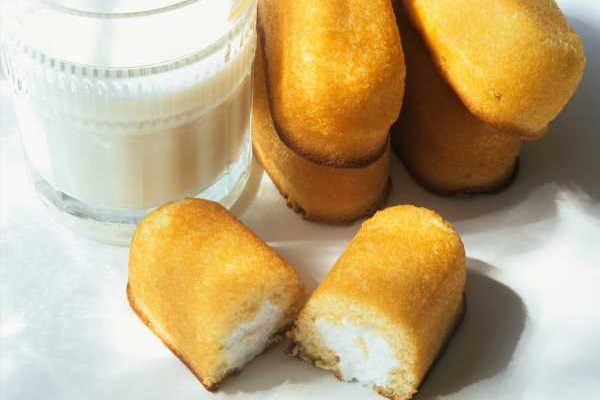 The idea of turning a Hostess snack cake into cereal isn’t totally insane. That was proven by the first two Hostess products that were introduced in bowl-worthy form courtesy of Post last year: Honey Bun Cereal and Donettes Cereal. Both honey buns and mini-donuts can be breakfast. Are they the healthiest breakfasts? Obviously not. But probably most everyone reading this has eaten one of those things for breakfast in the past — and at the very least, if someone told you they ate a Hostess Honey Bun or a pack of Donettes for breakfast, you wouldn’t stare them down in disgust. However, if someone told you they ate a Twinkie for breakfast…

So no, Twinkies are not a logical choice to turn into a cereal, but on the bright side, the reportedly forthcoming release of Hostess Twinkies Cereal might finally make it okay to eat Twinkies in the morning.

Details are currently slim, but yesterday, someone posted to an image of the “NEW!” cereal on Reddit. Though product packaging has certainly been forged in the past, the user who posted it says they found the image on “Post’s foodservice catalog” which, if true, is a pretty legitimate source.

And let’s be honest: Twinkies is the most sensible Hostess product to turn into a cereal from a sales perspective. Yes, as I discussed above, Honey Buns and Donettes may be a better fit at breakfast time, but unless you eat Fiber One, when has breakfast cereal ever been about making smart choices? Cereal is about “Mom won’t let me eat chocolate chip cookies for breakfast, but I can eat Cookie Crisp instead, so take that, Mom!” So as Hostess signature brand, Twinkies have the broadest immediate appeal — and the fact that turning Twinkies into a cereal is kind of outlandish only adds to the fun.

I’ve reached out to both Hostess and Post to see if I can get confirmation of Twinkies cereal, as well as any additional details if possible. We’ll update when we hear back. But in the meantime, you’ll have to keep slicing up Twinkies, putting them in a bowl, pouring milk over them, and eating the whole thing with a spoon. Actually, no, if you are doing that, you should stop regardless.