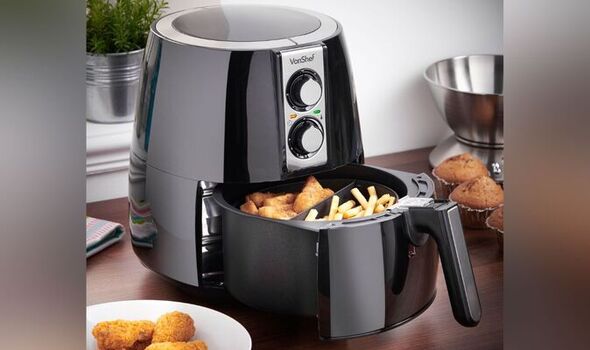 With the cost of living biting hard, many households have turned to using energy-saving kitchen appliances. One such device is the air fryer, with which you can make almost all the same dishes that you can make in the oven while using a fraction of the energy—and it is healthier.

However, not all food cooks well in the appliance, reports The Echo.

TikTok user The Board Housewife (@theboardhousewifepdx) shared her top three foods that are not impressive in an air fryer.

In a clip, which has been viewed more than 360,000 times, the social media user listed three foods that you should not put in an air fryer.

She captioned the video: “Just don’t.”

While speaking to the camera she said: “Three items to never fry in your air fryer. One, a recipe with a lot of cheese on top.”

She explained why this is a bad idea as she added: “The cheese is going to melt before your item is cooked and create a huge gooey mess.”

The housewife included a top tip to avoid sticky cheese as she suggested adding cheese two minutes before the rest of the meal is done cooking.

Her second food item to avoid was rice.

She said: “Even with the special insert it never cooks evenly. Just use a rice cooker instead.”

Finally, she said to avoid cooking cake and doughnuts in an air fryer.

The social media user said: “The sour cream in their dense batter of sugar and flour just is a flop in the air fryer. Don’t try it.”

It comes as air fryer sales have boomed in recent times, with people amazed at how cheap they are to run while still being able to make their favourite dishes.

Uswitch claims it costs around 12p to cook chicken in an oven, but it would cost about half that in an air fryer.

Now experts have revealed all when it comes to air fryers, like how they work and whether they are healthy.

Good Housekeeping explains that an air fryer is similar to an oven in the sense that it roast and bakes but it differs in that its heating elements are located only on top alongside a large, powerful fan.