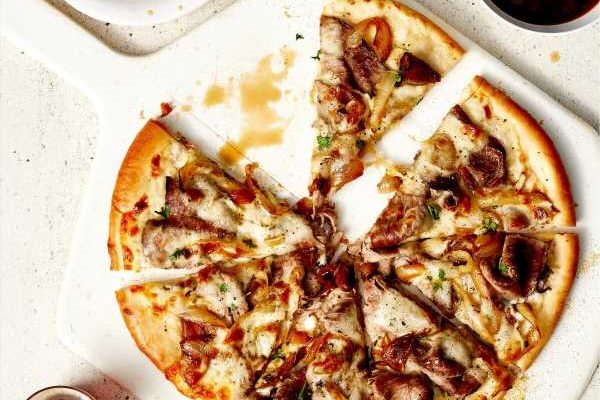 In a (theoretical) democracy, voting is a crucial civic duty. Unfortunately, just because something is important doesn’t make it easy. The unfortunate reality is that election days are too often marked by the drudgery of long lines. That looks to continue as primary voters head to the polls in five states this week. That includes Kentucky, where voters will have to contend with the closure of 3,600 polling places, which will inevitably inspire endless waits and warranted accusations of voter suppression.

If there’s any good news today for voters faced with a long wait to cast their ballot, it’s that they might be able to get their hands on some free pizza  thanks to a scrappy 501(c)(4) nonprofit called Pizza to the Polls. Since 2016, they’ve made it their mission over the past four years to help out hungry voters to do exactly what their name suggests: identify crowding polling places and send pizza to those stuck waiting in line. As co-founder Scott Duncombe told Roll Call, the goal is to make it easier for people choosing between staying in line and tending to life’s daily obligations to stick it out and cast their vote.

WATCH: How to Make a Cheesy Eggplant Crust Pizza

In some places, the Pizza to the Polls process is perhaps even simpler than the act of voting itself. First, people can share info about long waits at polling places based on either their own observations or what they see on social media. Utilizing money from donors, the organization places orders at local pizza joints through the platform Slice for delivery to polling places. From there, volunteers stand by to distribute.

After a successful rollout on Super Tuesday that saw them spend $34,202 on 1,264 pizzas, the realities of Covid forced them to sit out the widely-criticized primary in Wisconsin, which saw significant lines in the earliest days of the virus. But now, they’re back to help (with some new guidelines for safe food distribution) to make waiting outside to vote on a hot summer day a bit more bearable.

As of June 23, Pizza to the Polls has sent a total of 1,978 pizzas to 174 polling places across 17 states, with just over $34,000 in donations left over for the four states (plus Puerto Rico) who’ve yet to complete their primaries as well as the general election. With a Covid-19 vaccine still many months away, it’s hard to predict exactly what Election Day will look like this year. But if the prospect of free pizza is what pushes you to stick around long enough to vote, then Pizza to the Polls will have done its job.