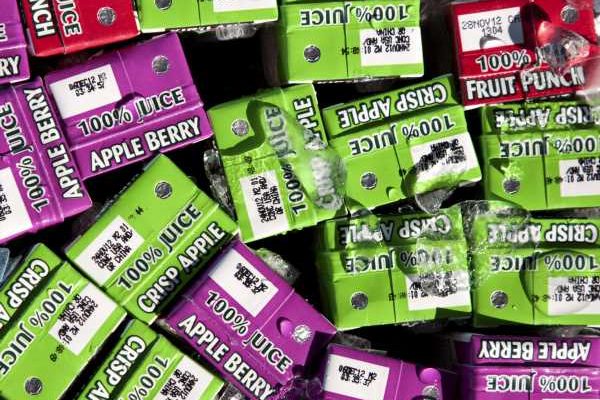 Anyone who’s spent any time around a hyperactive toddler is keenly aware that juice boxes contain sugar. The burst of juice-inspired energy and eventual naptime crash has been a standard part of the parenting process for many years. But as a new generation of health-conscious adults embarks on the journey of raising their children, it would appear that juice is the new soda when it comes to health concerns.

According to a wealth of sales and survey data compiled by the Wall Street Journal, there’s ample evidence to suggest that parents are heeding the American Academy of Pediatrics’ 2017 call to minimize juice intake for children—and not serve it at before a child’s first birthday altogether.

A recent CivicScience survey of 2,000 parents with kids between ages 3 and 11 revealed that 60% of such households are trying to reduce sugar intake, while 38% of respondents said they are buying less juice than they did last year. Only 22% pack fruit juices before sending their kids off to school. Unsurprisingly, Beverage Marketing Corp data concurrently suggests that juice consumption (in terms of gallons) was down 10% in 2018 from where it was five years earlier.

To cope, parents are increasingly turning to an array of lightly flavored waters, which strive to present some watered-down “essence” of fruit in a package that kids are used to. Many of the options in this emerging market are available from established brands like Juicy Juice and Capri Sun, both of which have launched sinoff product lines that tapm down the sugar and calories. Other upstart brands in the water space like Hint and Rethink are offering a lighter take on juice boxes as well, finding space on the grocery store shelves at a time when “100% juice” is less of a selling point and more of a red flag.

Parents can buy all the healthy juice alternatives in the world, but it won’t mean anything unless kids like them. By that metric, results so far are mixed. Children who’ve already been exposed to juice seem to be less inclined to see lighter, more watery drinks as an acceptable substitute, as “they can taste the difference” as one mom who spoke to the Journal put it. In the case of Rethink Brands, that inspired the launch of Juice Splash, a lighter, juice concentrate-based drink that they consider a “bridge product” to their no-sugar, no-calorie Kids Water.

As long as today’s kids won’t put up with anything less than the juice they love, the classic Juicy Juice boxes and Capri Suns pouches aren’t going to disappear just yet. But with some parents focused on raising today’s infants without any exposure to the juice that used to be a staple of childhood diets, don’t be shocked if you see a kid sipping Lacroix in a stroller before too long.