Now that the United Kingdom has left the European Union, American food could be soon on our dinner plates. Channel 4’s Dirty Secrets of American Food investigated how healthy American food is and what may happen to our supermarket shelves if the US gets their wanted trade deal.

In the programme, it was explained that cattle are raised extremely differently to how they are in Europe.

This high protein corn causes cows to grow faster which in-turn creates profit for the organisations housing the cattle because they can breed cows more quickly.

This way of raising cattle may provide cheap meat for the consumer, however cheap steak equates to miserable animals. 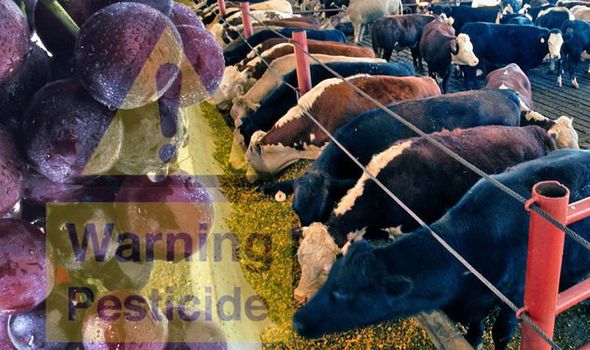 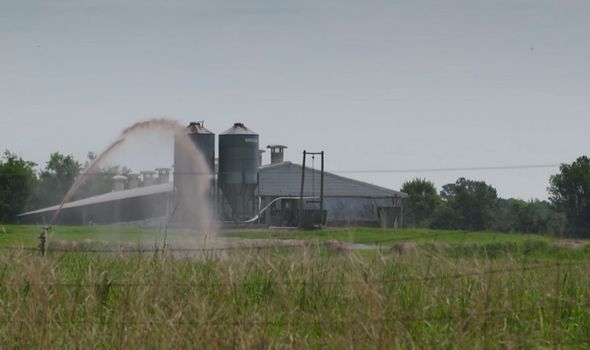 The programme revealed that the cows are stored in extremely close proximity to one another which can increase the spread of diseases and ultimately cause them to die.

They are also injected with six different types of growth hormones which helps them grow quicker.

All of these hormones that are used in America, have been banned in Europe for more than 30 years.

According to the programme, one of the hormones investigated was found to have a link to an increased risk of cancer including breast cancer.

Europe takes a cautionary approach when it comes to meat and animals must be deemed safe before they can be sold. However in the US, they take a different approach where it must be proved to be dangerous before it’s banned.

However, it isn’t just beef Brits should be worried about because standards in the US are also very different when it comes to pork.

The American pork industry is a £23.4billion a year industry with over 78 million pigs being raised indoors within the country.

With over nine million pigs in North Carolina alone, these animals are kept in crates so small that they can’t turn around. 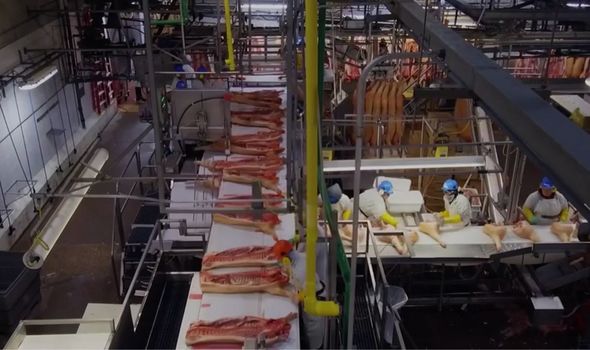 They are also fed with ractopamine which is illegal to be used in the UK.

This drug improves muscle growth to help the pigs grow quicker but can also have adverse effects on the animals like fatigue, trembling and heart issues.

The programme explained how the US are not concerned with contamination until the last step in the slaughter process and will spray visible faeces with water.

An expert on the show said that this then causes the faeces to spread out and dilute it which is worse than leaving it in the first place. 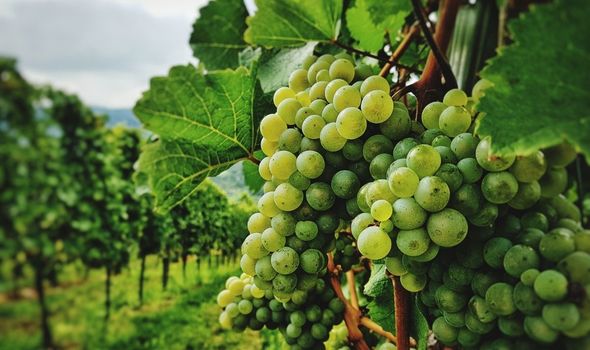 The animals are then sprayed with chemicals to kill bacteria which is also illegal in the UK.

Food poisoning rates in America are four times higher than in the UK due to this cross contamination.

With many thinking that fruit must be safe, the programme shared some worrying statistics about grapes.

The Channel 4 show revealed that grapes in America are filled with 1,000 percent more insecticides than they are here.

An expert of the programme explained that washing fruit will not help get rid of any of these chemicals as they are injected directly into the body of the plant.

Some of these pesticides are extremely hazardous and could be a risk to human health.

Organically grown fruit cannot be treated with any pesticides but this is rare to find in American produce and can come at a much higher cost.

Other foods that could reach our supermarket according to the programme shelves include biscuits, milk, bread and fizzy pop, all of which contain harmful chemicals which are banned in the UK.