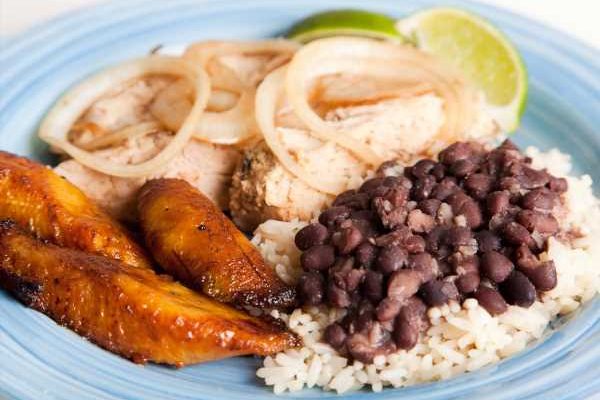 If you’ve ever had Cuban Mojo you know the distinct pleasure of that sauce—garlicky, sour, and just a little sweet, it’s a staple of Cuban cuisine. Mojo is often used to marinate meat, particularly roast pork, but it’s used in various applications. And at the center of mojo, aside from the spices and a lot of garlic, is an oft-ignored fruit: Bitter orange, or naranja agria, a citrus that tastes like a cross between a lime and a traditional sweet orange.

It’s also pretty hard to find in the United States outside of Florida. Just ask Ricardo Barreras, the owner of Pilar Cuban Eatery and Pilar Cuban Bakery, who aimed to bring Cuban cooking done right to New York City, a place where Cuban food is not as easy to find as many other cuisines. Barreras’ approach to Cuban food is traditional but with upgraded ingredients. “Cuban food can stand on its own,” Barreras said, and to prove it he worked hard to source ingredients that would do the dishes he loved justice: Great olives from spain, Cuban bread dough imported from Florida before getting baked in the Brooklyn ovens, and, particularly, bitter orange.

The bitter orange is a crucial ingredient in many of the dishes of Pilar, including the marinade for the roasted pork, the dipping sauce for the plantain chips, and even the vinagrette of one of the salads. Cuban food doesn’t rely on complicated combination of spices—much of the flavor comes from cumin, oregano, garlic, salt, and, of course, the bitter orange. After some hunting around, Barreras found a source for fresh bitter oranges, and he goes through them by the caseful.

Bitter orange isn’t just a star in Cuban cuisine—it’s also prominent in some Mexican dishes, like cochinita pibil, and in Morrocan and Persian cooking as well. If you have a market nearby that sells Persian or Latin American ingredients, it’s worth looking for bitter orange—they’re usually smaller and browner than the fat, juicy oranges in Tropicana commercials. But in a pinch you can also substitute the juice with a mixture of grapefruit, lime, and orange juice. Try it in your next Cuban-inspired marinade.