Papa John’s is giving out the recipe to its famous scrolls so that people can make them during this time of lockdown. The scrolls come in different flavours but the pizza chain has revealed two of the favourites – Marmite & cheese and cinnamon.

With the nation being advised to stay indoors and only allowed to leave the house as little as possible, Papa John’s has released the recipe in the hope it will encourage people to bake and follow their step-by-step guide.

The takeaway chain is still running a delivery service and ensuring that it is contact free. Extra measures have also been put in place to ensure staff and customers are kept safe including social distancing in stores and cashless payments.

“With people spending more time at home looking for things to keep them occupied, from learning a new language to getting involved in virtual workouts, we thought it would be a perfect time to release an easy to follow recipe fit for avid and beginner bakers.

“Each variant doesn’t require too many ingredients either, so we hope that everyone can give it a go with what they’ve got in the cupboard.” 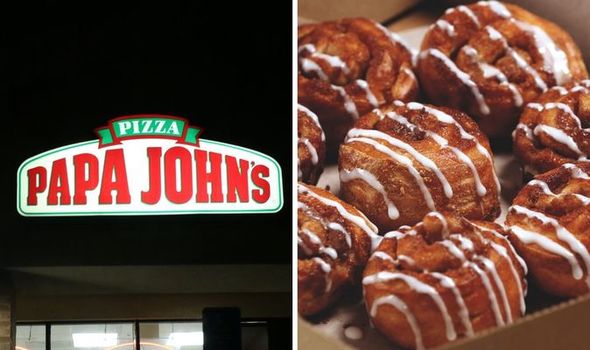 Heat your milk in a saucepan or microwave just to a point where it’s warm to touch – ensure the milk doesn’t boil.

After, mix one teaspoon of sugar, 130g flour, the yeast and milk together and leave until the mix starts to bubble (10-15 minutes).

Once it starts to bubble, add the 50g of sugar, salt and butter to your bubbling mixture and mix until this forms a dough.

Now, the dough needs to rest in a warm place covered for 30 minutes until it’s doubled in size.

During that 30 minutes, Papa John’s recommends to make the filling for either variety you are making.

For the marmite scrolls, all you need to do is grate the cheese. Papa John’s uses mozzarella but cheddar would work too. 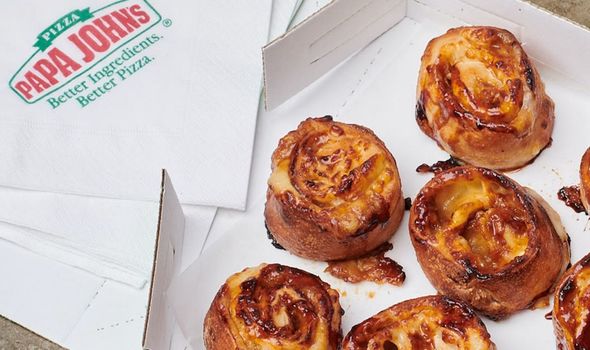 After the dough has finished proving, Papa John’s say to squash it to get some of the air out and then cut it into two equal pieces one for the Marmite and one for the cinnamon, or leave it as it is if you are making one variant.

Next, roll the rough out on a lightly floured surface with a rolling pin – it needs to be about 3-4mm thick and about the size of a football.

Once the dough is rolled out, you can add your filling mixture leaving one inch from the top of the dough clear so you can brush with water to seal the scroll.

For Marmite and cheese, add as much Marmite as you like. However, Papa John’s says to bear in mind that when marmite is baked it gets stronger. Once this is spread over the dough, sprinkle with cheese. 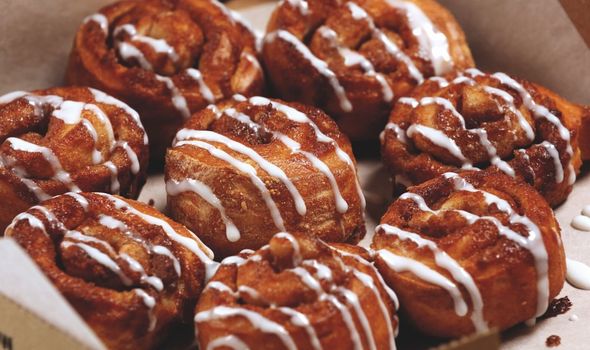 For the cinnamon, spread a generous layer of the paste over the dough. The more you put, the more it will bubble out when cooking, making them nice and sticky.

Roll the scrolls up and press them down gently on the edge and brushed with water to stick.

Cut into pieces 3cm wide and place on a baking tray. Cover with a tea towel again and let it prove for 30 minutes.

Just before they go into the oven give the scrolls a brushing of egg wash to help them go golden brown.

You can add icing to the cinnamon scrolls if you wish.

Mix all the ingredients together ready to drizzle over the cinnamon scrolls after they have cooled down for about ten minutes.

There you have it – Papa John’s right from the comfort of your own home.