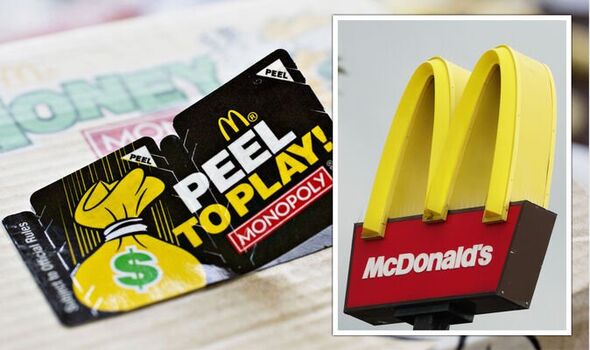 McDonald’s Monopoly is sweeping the nation once again, offering fans of the fast food company the opportunity to win when ordering meals. This clever trick got one British woman six extra stickers.

TikTok user Holly Shaw posted the hack on her account @hhollyshaw where she has 11,3000 followers.  She detailed how ordering extra water with your meal could win you extra prizes.

Holly wrote: “This is your sign to go to Maccas and as for free waters to get extra Monopoly stickers.”

She showed off her four large waters full of water, all with two Monopoly stickers on each. Using the trick she has won small fries, four Chance Card, one King’s Cross Station, a White Chapel Road and The Angel Islington.

A number of TikTok users claimed they had used the hack themselves to get extra stickers.

One wrote: “Been doing this for like five years.” Another said: “I do this all the time.”

However, other users found their local McDonald’s had devised a way to navigate this clever trick. “Ours takes the stickers off before,” one commenter wrote.

Another said: “They usually have some no sticker cups to the side for water orders.”

And indeed, some former McDonald’s staff claimed their branches had also found a workaround for this hack.

Holly responded: “Apparently I’m getting Maccas in trouble. Sorry guys, I guess I’m just special for getting given them.” 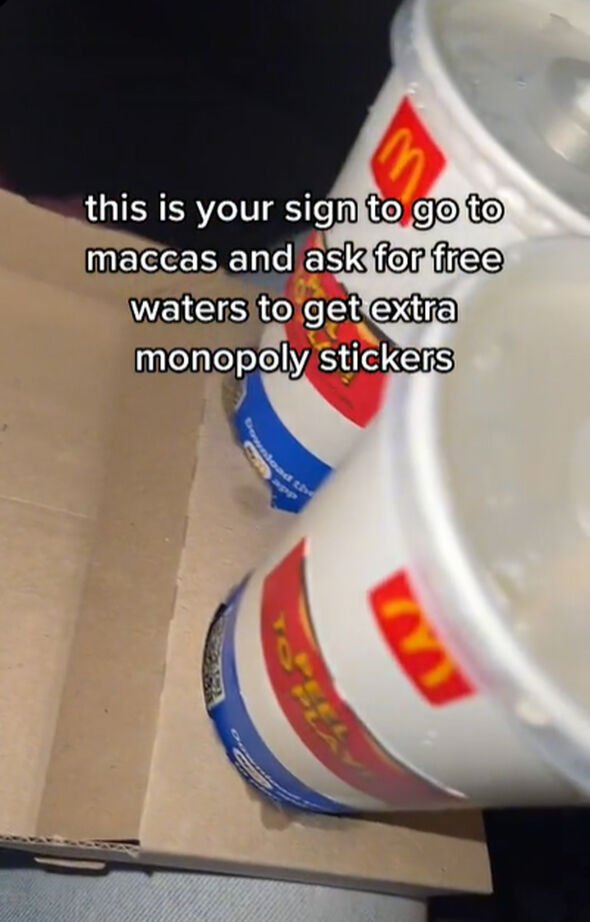 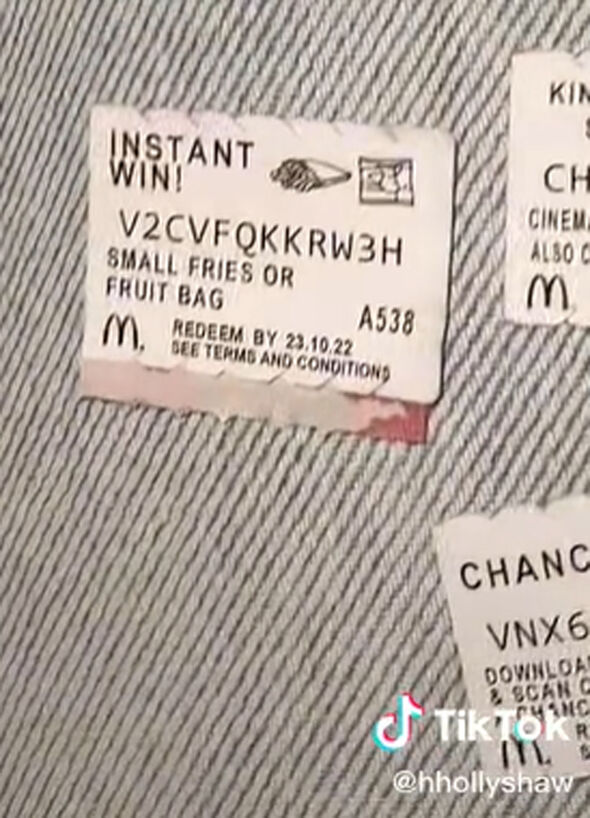 This year McDonald’s Monopoly is running until October 18. During the period customers will have a chance to win based on which stickers they collect.

Which McDonald’s items have Monopoly stickers on? 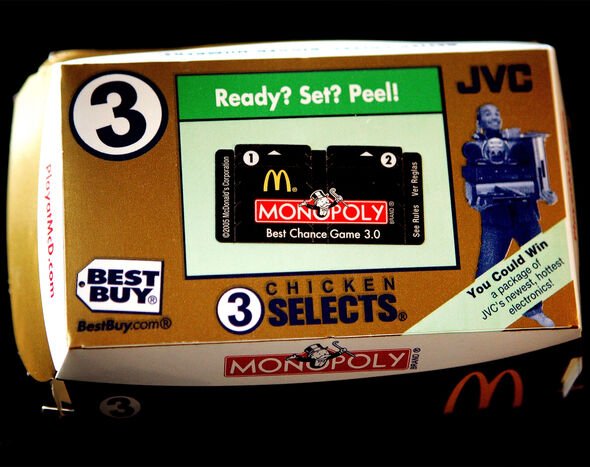 Customers can also play using the app this year, increasing their chances of winning prizes.

Britons can win one-off food items with stickers, such as cheeseburgers or fries, or collect stickers to win larger prizes.

They can win other instant prizes including a £2,000 holiday with TUI or £1,000 cash, a McDonald’s Gold Card promising a meal per week for a year or just£200 for “Passing Go!”