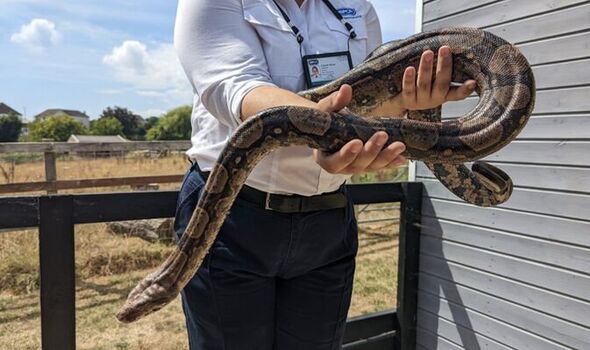 The snake, which was found injured, was handed to McDonald’s staff who contained the five-foot reptile in a box until the RSPCA arrived. While the snake was expected to be an adder, which are commonly spotted in the UK, the RSPCA Inspector was shocked when faced with the Boa constrictor.

Boa constrictors are native to South America, as well as some islands in the Caribbean, so for one to be found roaming outside McDonald’s on Oldlands Way in Bognor Regis, West Sussex, is quite the mystery, reports Sussex Live.

RSPCA Inspector Hannah Nixon said: “Based on the report that was phoned in, I was expecting an adder – which is a fairly common native British snake. But when I peeked in the box, I was confronted with a full 5ft of a Boa constrictor – an exotic, non-native snake and not what I was expecting at all!

“The poor animal did look like he had been in the wars a bit, with a few scratches and cuts, so I have taken the Boa to our Stubbington Ark animal centre in Fareham, Hampshire, to get him checked out.” 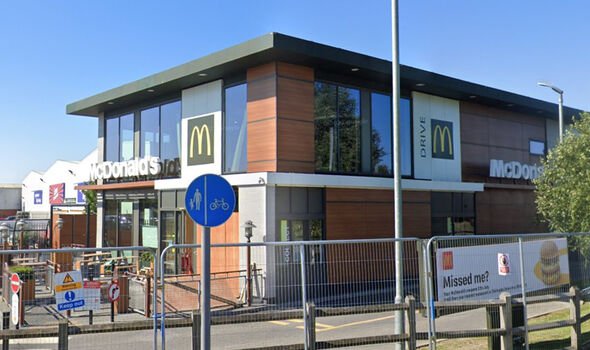 With Boa constrictors not being a native snake in the UK, the RSPCA believe that this injured snake could be someone’s pet who they are hoping to reunite with its owners.

The snake, which is believed to have been in a traffic accident, is currently being cared for in the neighbouring Hampshire county.

Hannah added: “Snakes become particularly active in hot weather, so we suspect this may be an escaped pet.

“Snakes are excellent escape artists and will take the opportunity of a gap in an enclosure door, or a loose-fitting lid to make a break for it.”

She continued: “Last year, we took over 1,200 reports about snakes, with the highest number of calls coming in during the summer months.

“This is not surprising, as snakes become more active during hot weather.

“So we would urge all pet snake owners to be extra vigilant at this time of year, invest in an enclosure suitable for the particular species and make sure that enclosure is kept secure – and locked if necessary – when unattended.”

As good as this is for the reptiles, owners should be vigilant and keep their pets secure when outside as they can “move very quickly on a sunny day”.

Another reason why more snakes escape in the summer is that some owners take them outside to take advantage of the natural sunlight.

While sunlight is good for reptiles, the RSPCA urges owners to ensure that their pet is kept secure when doing so, as they can warm up and move very quickly on a sunny day.

Hannah said: “Many of the snakes the RSPCA’s officers are called to collect are thought to be escaped pets. But sadly, we also have to deal with a lot of abandoned snakes.

“We find that many people are unaware of how much of a commitment these animals are when they take them on, which we believe may be why we are called out to deal with hundreds of animals every year who have sadly been abandoned when their owners can no longer meet their needs.”

Although the situation of this snake and their owner is unknown, the RSPCA have noticed how the cost of living crisis has increased the number of abandoned animals.

However, for non-native snakes like the Boa Constrictor, it is illegal to release them in the wild.

Hannah said: “Exotic pets such as snakes often end up in the RSPCA’s care after people realise they’re not easy to care for, or the novelty wears off.

“Others are rescued after they have been abandoned or been released on purpose, which then could pose a risk to our native wildlife.

“Most exotic animals kept as pets are unlikely to be able to survive in the wild in Britain and non-native species could pose a serious threat to our native wildlife.

“It is illegal to release, or to allow to escape, any species that are not normally native to the UK.”

The RSPCA have now urged anyone who finds a snake to that they believe is non-native to keep a safe distance and contact the charity helpline.

Snake owners have also been encouraged to microchip their snakes so they can be “easily reunited if lost and found”.

Hannah, who was responsible for retrieving this snake from Bognor’s McDonald’s, said: “We are hoping to reunite him with his owners, so would urge anyone with information to contact us on 0300 123 0818.”