James Martin is a British chef who shares tasty recipes with ITV audiences every week on his Saturday morning show. Today, the cook explained how to make a honey cake that he called “divine”.

James is a big fan of cooking with local British produce, and today he used honey sourced from north Wales to make a loaf-shaped cake.

As well as the honey, the cake’s other ingredients were eggs, butter, flour, and sugar.

James recommended buying the “best flour you can afford”.

He then instructed viewers to soften the butter in the microwave before adding it to a bowl. 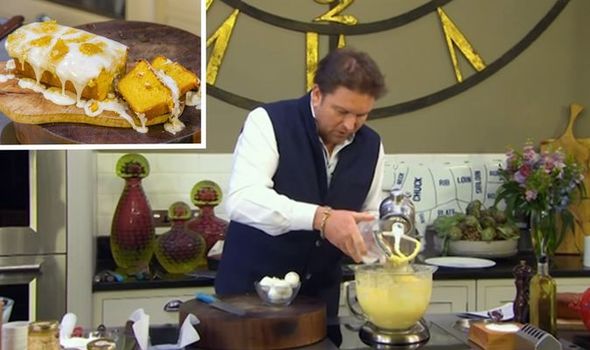 Next, James added sugar and a “couple of tablespoons” of honey to the bowl, before mixing the ingredients with a mixer.

The chef advised mixing the mixture for a couple of minutes, saying that this makes it “nice and light”.

Meanwhile, James went on to butter a cake tin and placed greaseproof paper inside it.

DON’T MISS:
Healthy hair: How to look after your hair [INFORMER]
Hairstyles: How to do these five hairstyles at home [INSIGHT]
Best hair loss treatment for men: Pumpkin seed oil supercharges growth [EXPLAINER]

James went back to his cake mixture and added the eggs – one at a time.

“The mixture will look like a really runny scrambled egg,” the chef explained.

He then added flour to the rest of the ingredients and put the mixer on its fastest speed and then stopped it.

James put more honey in the bowl before placing the mixture into the tin. 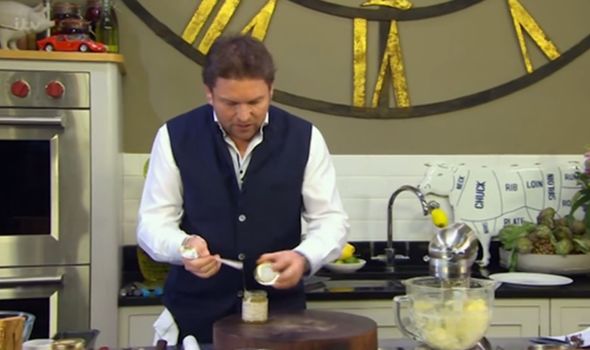 The chef recommended baking the cake in the oven for 45 minutes, on a heat of 180 degrees.

While the cake was still warm, James took more honey and put it on top of the cake, allowing it to seep into it.

After the cake had cooled down it was time to make the icing, which was a mixture of icing sugar, water, and honey.

James recommended putting “plenty of icing” on top of the cake so that it drizzled down the sides.

The chef used a knife to smother the icing properly on the cake, making sure that every part was covered.

Lastly, James took some honeycomb and broke it into pieces to put on top of the icing.

“I love it. It’s one of the purest foods out there.