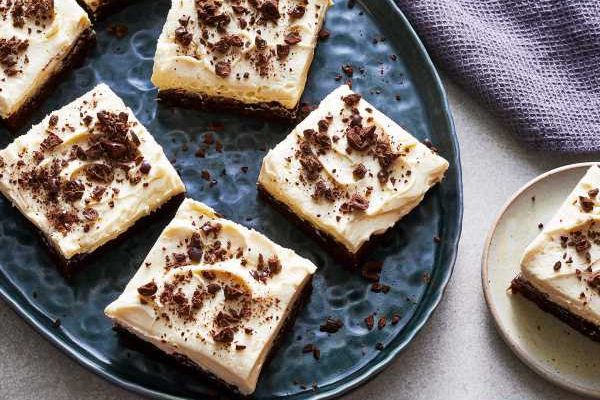 Are boxed brownies one of the best baking mixes you can store in your pantry? The answer is yes. Even my grandma uses boxed mix, and nobody in the family’s ever thought twice about it. That is the power brownies have. And just because you’re using boxed brownie mix doesn’t mean you have to sacrifice any creativity or experimentation. In fact, this is the perfect opportunity to play around a little: Since boxed mix is already a perfect formula, adding some signature touches, whether you’re mixing things in or adding special ingredients, won’t drastically alter the chemical makeup. In other words, as long as you’re not going too wild, you won’t end up with a botched box in the oven.

Related: We Blind Tasted 6 Box Brownie Mixes And This Was the Unanimous Winner

Amp Up The Moisture

While plenty of box mixes already brag about being super moist, there’s a secret ingredient that can take that moisture even further. Good news, too: It’s likely already in your fridge. All you have to do is add half a cup of sour cream to the mixture for super decadent brownies. Don’t forget the glass of milk, you’re gonna want it.

If you can make buttercream frosting, then you can make boxed brownies (or any brownies, really) exponentially better. Vanilla is great, but since buttercream is so versatile, you can really use this opportunity to play around with flavors. Chocolate, coffee, caramel, and mint frosting will all play up the existing flavors in your brownies, especially if you’ve mixed other elements in. If you like chocolate and fruit, try making strawberry, orange, or raspberry buttercream, and definitely add some cream cheese if you’ve got it. For a boozier take, mix in whiskey or Baileys. You could also take a more old-school grandma approach and make pecan-coconut frosting to whip up a batch of German Chocolate Brownies.

Add some fun texture and bursts of flavor to your boxed brownies with some help from your pantry: Crushed cookies (Oreo Cheesecake Brownies, anyone?), candy, nuts, dried fruit, and instant coffee are all fair game here. Don’t underestimate the power of mix-ins: Our Baileys Irish Cream Brownies, for example, utilize espresso powder, chocolate chips, and chocolate-covered espresso beans to create a batch nobody would ever imagine came from a box. Try adding chocolate chips, crushed Oreos, Andes mints, or chopped up Reese’s cups in a layer. You can also replace the water called for on the box with leftover cooled coffee to really play up that chocolatey flavor, or even add a touch of bourbon for some spiked brownies. Maybe just keep those ones away from the kids.

Related: We Tried 7 Gluten-Free Boxed Brownie Mixes And This Was Our Favorite

Treat your brownies like a blank canvas. A delicious, beautiful, chocolatey blank canvas. Sprinkle your favorite crushed up candy, cookie, or nut (anything you want!) over top of the brownies a few minutes before they’re finished baked so they’ll nestle in nicely. You could also sprinkle the brownies with chocolate chips as soon as you take them out of the oven, allowing the hot brownie to melt the chocolate (and putting them back in the oven for a minute if necessary) to create a chocolate glaze that you can smooth into an even layer with a rubber spatula. Drizzle on caramel, melted chocolate, or butterscotch. Give the brownies faces so they look like animals or monsters. For what it’s worth, toppings aren’t the only way you can decorate your brownies. Our Neapolitan Brownies, for example, make use of homemade vanilla and strawberry icing to add charming blocks of color.