English etiquette coach and expert William Hanson spoke to Eamonn Holmes and Ruth Langsford about how the Royal Family and the Queen take their tea. William also shared his tips with viewers on how they should serve tea to their guests.

Posting on Twitter before his appearance on the show, William asked his followers if they are “a pre- or post-lactarian”.

He added: “In other words, do you put milk in your tea first or last?”

William included a poll in his tweet and 81.2 percent of people said that they put milk in last, at the time of writing. 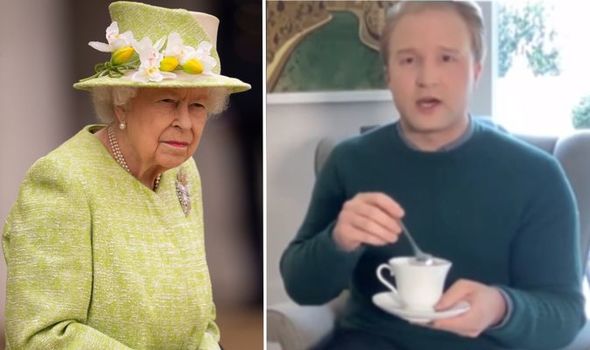 Ruth asked William on the show: “How do the royals take their tea?”

William said: “Her Majesty will always pour the tea itself for the guests.”

But, the etiquette expert recommended allowing the guests to pour the milk themselves, either before or after the host pours them the tea.

He explained: “Generally, in private service, whether it’s the royal household or a smart house, or indeed your own house – it doesn’t matter where – always let the guest put in the milk or sugar.

“Because some people like a little splash of milk and others like more milk than tea, and so it’s much nicer just to let your guests decide rather than do it for them.”

Ruth also noted that there is a correct way to stir your tea after pouring in the water and the milk.

William showed viewers his method, saying: “It’s not round and round making a noise.

“Instead, we go back and forth in a gentle six-twelve, six-twelve motion, and a little flick above and then setting the teaspoon down in line with the handle.” 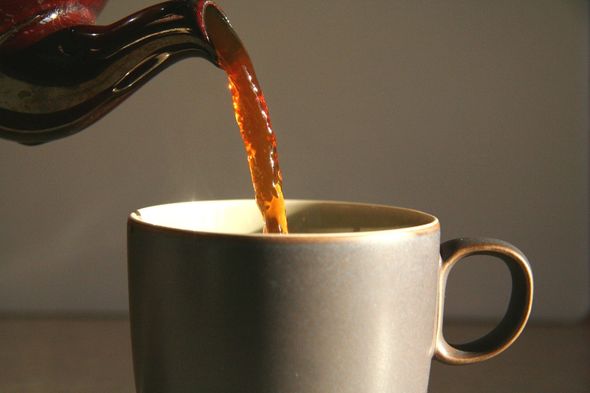 William stirred his spoon before flicking a little spot of milk off the spoon and into the cup, and then put the spoon to lie on the cup’s saucer.

The etiquette expert has previously spoken about the correct way to take your tea, as well as mentioning when you should pour in the milk.

When the milk is added is traditionally a sign of someone’s wealth: the upper classes poured the milk in after the tea, while poorer people put the milk in first.

Speaking to Mail Online in 2019, William said: “Milk for those of arguably better stock always went in after the hot tea.

He continued: “This school of thought goes back to the times when the upper classes drank from expensive fine bone china that could withstand the hot liquid.

“Poorer folk had crudely made stuff that cracked more easily from the heat and so cold milk was added first as a coolant.”

However, yesterday, Ruth explained to This Morning viewers that putting in the milk first makes the tea more flavoursome, according to science.

She said: “The proteins in the milk lock in the taste of the tea.”

Although this new way of drinking tea was popular amongst some viewers who shared their opinions on Twitter during the show, Ruth said she couldn’t think of anything more horrible.

She admitted: “I couldn’t think of anything more horrible than putting milk on top of a cold tea bag and then the water.

“I always do tea, hot water and then the milk.”