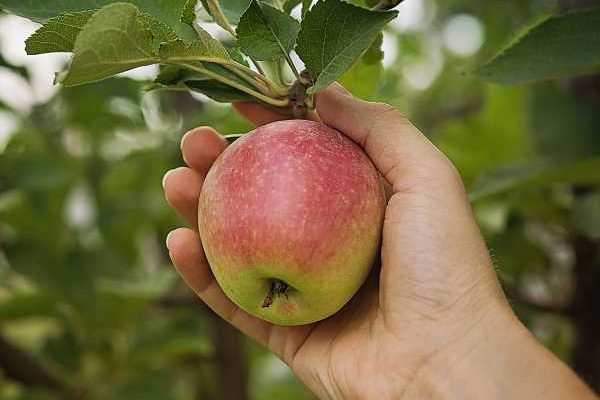 Last week, the Navarro Vineyard in California caught our attention after they captured video footage of a bear taking their Pinot Noir grapes without permission. Now, this week, a new tale of stolen fruit has emerged, though these apples were apparently lifted by an even craftier animal: humans.

Williams Orchard in Indiana believes that about 50,000 apples—worth about $27,000—were stolen from over an acre of their trees in just a matter of days last week, according to WSBT 22. “To be able to see an entire block of trees, nearly cleanly picked, when just days earlier there were thousands and thousands of apples on them, we just couldn’t even fathom it,” Jon Drummond, who just took over the orchard with his wife last summer, told the news station.

Though the report doesn’t speculate on who stole the fruit, it would appear the thieves knew something about the apple business. First, they targeted trees in a harder-to-spot valley at the back of the orchard. Second, the timing was suspicious: The Drummonds had recently put up a new fence, but had not yet installed all the locks. Third, these apple burglars understood the most effective method for quick picking: They likely put tarps on the ground, shook the trees to cause the apples to drop, and then scooped everything up.

Thing is, 50,000 apples isn’t going to do you much good if you don’t know the apple business. Speaking of which, Drummond also told WSBT that the stolen apples would be best used for making applesauce or cider, meaning the crime should be easy to conceal since the thieves don’t have to try to sell the whole fruit on the black market.

In the end, Drummond simply chalked the incident up to “a bump in our journey.” Only about 5 percent of his total crop for the season was stolen, and they’ve since installed security cameras.