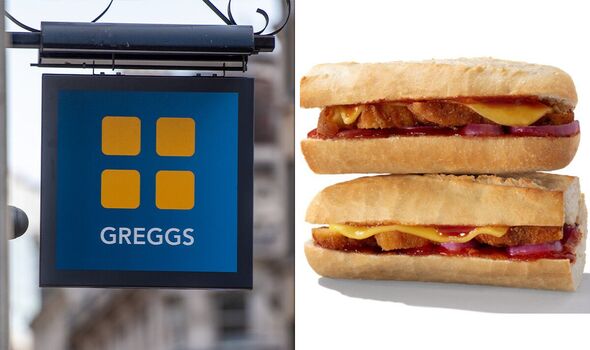 Since the launch of its vegan sausage roll, Greggs’ vegan menu has gone from strength to strength. To celebrate Veganuary, the company has this week launched four new vegan additions to its range.

The Vegan Chicken-Free Cajun Roll, which was trialled in a small number of shops last year, will also join the menu nationwide from Saturday, January 7.

The on-the-go retailer also offers a variety of vegan breakfast options, including the Vegan Sausage Breakfast Roll and Hash Browns.

Costing £3.05, the Vegan Cajun Chicken-Free Roll is made from tasty Cajun style chicken-free pieces, topped with fresh salad leaves and finished with a touch of chipotle chilli sauce and Cajun spiced mayo – all packed into a white and wholemeal roll.

The roll is part of Greggs’ sandwich deal for £3.60, and the wedges can be added for £1 extra. The sandwich deal consists of any sandwich and a drink for £3.60.

Meanwhile, the Warm Winter Vegetable Soup, which will be available in shops from Thursday, January 5, costs £2.40, or £2.70 as part of a meal.

The meal consists of a soup with a savoury roll, and customers can once again add the wedges for an extra £1.

Greggs said the baguette contains 570 calories and is part of the hot sandwich deal, which consists of a hot sandwich, a drink, and wedges. This costs £4.80.

The Vegan Chicken-Free Goujons cost £3.20 and contain 387 calories per portion.

If customers want to treat themselves to the goujons, drink, and wedges deal, the offer costs £4.80.

Crunchy on the outside, tender on the inside, Greggs described its vegan goujons as a “taste sensation”.

They are made with tasty meat-free filling and coated in lightly spiced southern fried breadcrumbs.

Greggs’ Southern Fried Potato Wedges cost £1.25 and are available to buy from any Greggs store now.

As for the Vegan Sausage Breakfast Roll, this costs £2.20 and can be consumed as part of the breakfast deal. This includes a breakfast roll and a regular hot drink from £2.60.

As for sweet treats, the vegan-friendly Glazed Ring Doughnut costs 95p and contains 215 calories. As part of the sweet deal, which is any regular hot drink and a sweet treat, the doughnut costs £2.70.