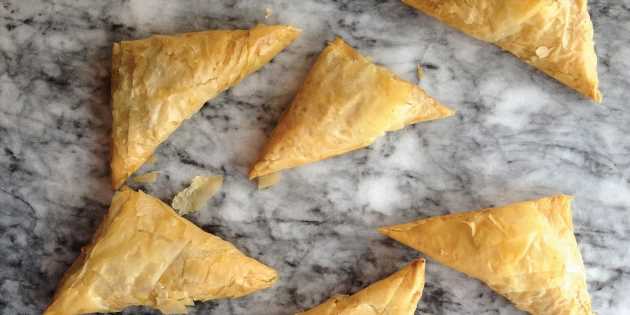 Because we grew up in a Greek household, phyllo dough was always a staple in our kitchen. Babee used to make her own from scratch, spending hours and hours rolling her dough with a rolling pin to get it very thin. Now you can buy great phyllo dough at the supermarket, and it’s one of the rare instances where we think it’s okay to use a frozen dough. Babee often filled her phyllo pastry with feta cheese or spinach, or walnuts and cinnamon, but pumpkin was one of our favorites, and she typically made it in the fall. This recipe is a perfect sweet and savory appetizer for your Thanksgiving feast.