Gordon Ramsay is a British celebrity chef and restaurateur. His restaurants have been awarded a total of 16 Michelin stars and currently hold a total of seven. In a recent video he revealed the correct way to make scrambled eggs.

According to Ramsay, there are plenty of common mistakes people make when whipping up scrambled eggs.

Here’s a list of things you should avoid in order to make scrambled eggs extra tasty:

1. Season the eggs before cooking them

Gordon advised: “Never ever season eggs before you cook them. The eggs turn grey and they turn watery.”

Instead of adding salt or pepper, which messes with the eggs consistency, the chef adds butter to cook them. 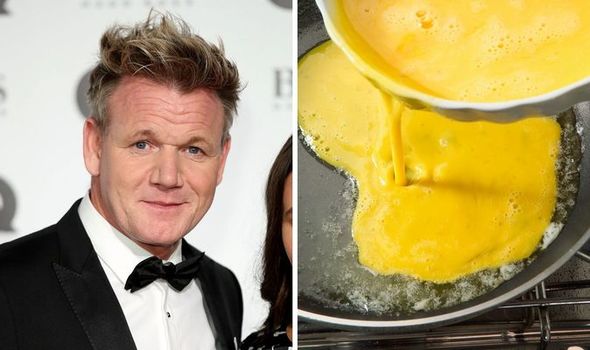 2. Never whisk an egg before it goes in the pan

Ramsay lifted the lid on another mistake people make when preparing scrambled eggs.

He says that you should never whisk an egg before it goes in the pan and to only start scrambling the eggs when they’re on the heat.

After the butter melts he advises to remove the egg from the heat and continue to stir. The egg will still cook but it avoids them going rubbery and instead, they will turn lights in colour and fluffy in consistency.

3. Cooking the eggs on different temperatures

Gordon keeps his eggs on one temperature throughout the cooking as they are only on heat for about a minute before he takes them off.

He says: “Gas up three quarters full. Your eggs will be transformed after this trust me.”

Gordon revealed that the secret behind scrambled eggs is to remove them from the heat once the butter has melted because the eggs will still cook but won’t go rubbery.

Gordon suggests to keep stirring the eggs until they scramble and to clear the sides of the pan whilst stirring so that the sides don’t end up burnt.

The only time to stop stirring is when you add your preferred seasonings, but this isn’t until they are fluffy cooked!

He adds that you should be using a plastic spatula, this will make sure that the pan doesn’t scratch. 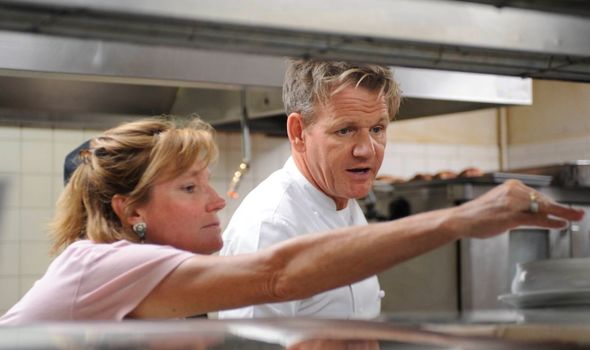 Gordon says that the mixture should come off the heat as soon as the butter has melted.

This makes sure that the eggs won’t end up becoming rubbery but they will still cook and form whilst off the heat as long as the stirring continues.

“The secret behind any great scrambled egg is to make sure we stop the cooking so they don’t become rubbery,” he says.

Many foods require seasoning before cooking so it is no wonder that people forget to season the eggs once they have scrambled.

“This is where it takes on a completely different level,” Gordon says as he adds a teaspoon of  crème fraîche.

Gordon also suggests you could use sour cream too.

He also adds salt and pepper at the end because otherwise eggs will lack in flavour.