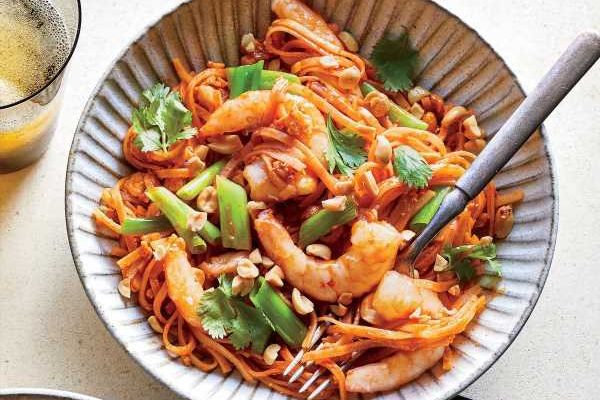 To people with their priorities straight, eating spicy food is a sign of living life to the fullest. Depending on your perspective, it can be interpreted as either an act of courage or a commitment to trying out some of the best foods from the world’s richest cuisines.

However, a new study suggests that adding extra spice to your life could have some unintended negative consequences when it comes to cognition. According to a 15-year study of 4,582 Chinese adults aged 55 or older, those who consistently consumed 50 grams or more of fresh or dried chili peppers a day were almost twice as likely to experience memory decline and poor cognition than their milder-palated counterparts. That likelihood increased even more if the spice lover was thin.

Conducted by a team of researchers at Qatar University and the University of South Australia, the study’s findings seem to counter the idea that spicy food is universally good for the body and mind. "Chili consumption was found to be beneficial for body weight and blood pressure in our previous studies,” said Dr. Zumin Shi of Qatar University to Science Daily. “However, in this study, we found adverse effects on cognition among older adults," Dr Zumin said.

For better or worse, chili’s impact on the brain and metabolism could be linked to capsaicin, its active ingredient. As Dr. Zumin said, past studies have indicated that capsaicin can speed up the metabolism and promote fat loss, but it now seems like its benefits come at a cost.

Given the study’s subjects, these findings could have far-reaching implications for the aging populations of China and other Asian countries. "Chili is one of the most commonly used spices in the world and particularly popular in Asia compared to European countries," Dr Ming Li, an epidemiologist at the University of Southern Australia and one of the study’s co-authors, said. "In certain regions of China, such as Sichuan and Hunan, almost one in three adults consume spicy food every day."

So who was eating the most chili? Participants who fit that profile tended to be lower-income participants who also happened to have a lower body mass index. It’s also worth noting that the study did not include sweet capsicum or black pepper. All in all, it will certainly take more research to prove any sort of causal link between chili consumption and cognitive decline.