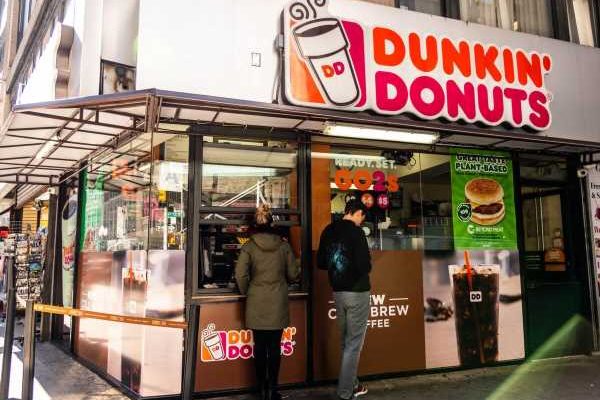 Ready or not, it looks like more and more cities and states are making moves to gradually bring life back to normal, at least as far as dining is concerned. That’s great news for a lot of independently-owned restaurants who need the chance to welcome back customers (even just for outdoor dining) if they hope to keep from going out of business. Simultaneously, it sure looks like bigger chains and conglomerates who never really had to fear going bankrupt are using the return to a “new normal” as an opportunity to (re)grow their workforce.

Case in point: CNBC says Dunkin’ plans to hire a whopping 25,000 in the near future as they hope to staff back up. It’s such a big hiring bonanza that Dunkin’ will run its first ever advertising campaign geared specifically towards attracting new employees, touting the benefits of working at the famous doughnut and coffee spot.  One of those new benefits is a partnership with fellow New England-based institution Southern New Hampshire University which will allow Dunkin’ franchisees to “offer their restaurant employees an affordable and flexible way to earn an associate or bachelor’s degree from SNHU” through online education.

WATCH: UberEats Will Waive Fees for Orders from Black-Owned Restaurants for the Rest of the Year

Dunkin’s hiring plan seems to coincide with a gradual pulling out of its pandemic-induced sales nosedive. Though CNBC states that Dunkin’s same-store sales dipped 23 percent for the current quarter as of May 23, weekly same-store sales were only down 15 percent for the week ending May 23. Between some remote workers returning to their commutes and a general willingness (need, really) to get outside as the weather warms up, it would seem that the worst is behind Dunkin’—at least for now.

Dunkin’ isn’t the only company with loads of locations (and revenue) to boost its hiring in 2020. Taco Bell, Yum Brands’ Mexican fast food chain, will hire 30,000 new employees this summer.

In a perfect world, reopening the dining world for business would mean that smaller, independently-owned restaurants had a chance to both restart and grow. But given that unemployment numbers for May were north of 13 percent nationwide, I guess we should just be glad that anyone is hiring at all.