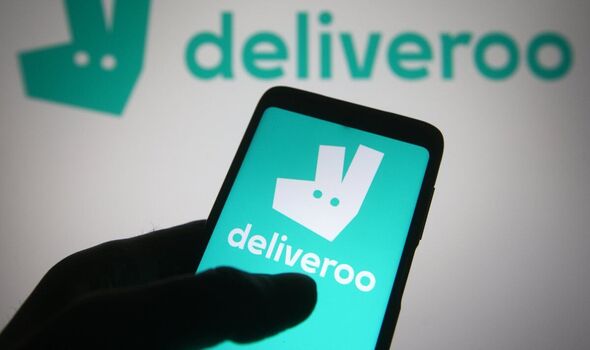 Nationally, adults are spending 14 percent more at supermarkets year-on-year, and the number of transactions is up 16 percent – suggesting many are shopping little and often.

As for peckish respondents looking to get their takeaway delivered, Deliveroo was the most popular choice nationwide – winning in the East Midlands, East of England, London, the North West, the South East, and the South West.

A spokesman for Revolut, which has five million UK customers, said: “The UK has always been a melting pot of tastes, and it is fascinating to see which establishments are drawing the most interest from customers, as well as their hard-earned cash.

“The current economic climate has everyone thinking about their spending. We all have our preferences.”

The battle for domination in the fast-food space is similar to the supermarket race, with one brand being the nation’s favourite – McDonald’s.

However, the relative data shows shoppers in the North East and North West of England are most likely to spend at Greggs and Burger King, while fast food lovers in the South are more likely to opt for Pret-A-Manger and KFC.

Those who love dining out also have opposing views when it comes to a sit-down meal on the high street.

In London and the East Midlands, pizza wins, with Pizza Express and Pizza Hut dominating in those regions respectively.

The East of England also favours some Italian flavour, selecting Prezzo as their restaurant of choice – while the Welsh are most likely to treat themselves to some Frankie and Benny’s.

As for restaurants where adults are spending the most money, Wetherspoons is the preferred venue to run up a tab – although Nando’s receives an honourable mention for taking the top slot in London, the North West, and Northern Ireland.

However, it appears lockdown take-out habits have continued, as the number of transactions on meal delivery services is up by 29 percent this year.

The spokesman for Revolut added: “We’re glad to see many people in the UK are treating themselves by dining out and ordering meals in – but with our customers using our budgeting and analytics tools year-round, we’re also delighted to see Brits striking a balance.

“UK customers using our Savings Vaults increased their savings by over 40 percent this year.

“Additionally, we’ve noticed Brits have been especially charitable in 2022 – £2.1 million has been donated in 2022 by UK Revolut customers to the British Red Cross, to help those impacted by Russia’s invasion of Ukraine.”